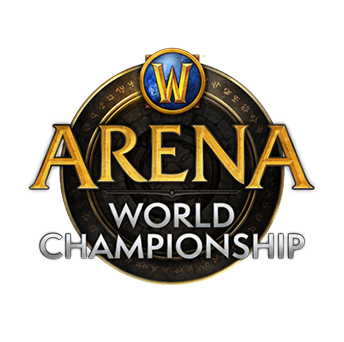 Details for the 2019 Arena World Championship (AWC) and rebranded Mythic Dungeon International (still MDI!), including increases to both programs’ prize pools, which will come from a portion of the sales of two new toys. Let’s get right into it.

We are pleased to bring back the Arena World Championship in similar form as last year—just with a few fun twists. Here’s a visual representation of the system in 2019:

North America and Europe: The NA and EU regions will have two Arena seasons each, with six cups per season. Each cup will see teams battle for their share of a USD $10,000 prize pool. This represents an increase over last year’s competition, with more cups and more chances for players to win. Like last year, each cup will award points. For each finals event, the top four point-earners per season from both NA and EU will compete for a USD $100,000 prize pool. The first cup begins on Feb. 8; signups start today and will close Monday, Jan. 28, at 10 a.m. PDT/6 p.m. CET.

Arena World Championship Finals: At the end of the year, we will celebrate the global scope of Arena with the AWC Finals. Invitations will be extended to:

An invitational no more, we are pleased to announce the Mythic Dungeon International for 2019—a seasonal competition that will showcase the world’s best dungeon-running teams. We decided to update the name of the program in order to better reflect its increased scope and global reach.

MDI will be split into two regions: MDI East (China, Korea, Southeast Asia, Taiwan, and Australia/New Zealand) and MDI West (North America, Latin America, and Europe). Here is how the year will flow:

The Proving Grounds are a qualification period open to any player with a Blizzard Battle.net account in good standing. Think you’ve got what it takes to be Mythic Dungeon International champions? Grab a team of five players and prove it! All you and your team need to do is complete five level 14 Mythic Keystone Dungeons in time between February 26 and March 12. (Note: Keystone level is subject to change, and will be determined sometime after the start of Season 2, on Jan. 22.) If successful, you and your team will be granted access to the Tournament Realm, where you will be able to create max-level characters, equip them with the items you feel are most optimal, and build out talents as you please. You and your team will have access to the Tournament Realm for the duration of the season.

Each season, those who have gained access to the Tournament Realm via the Proving Grounds will be able to participate in Time Trials—a limited number of attempts at the week’s dungeons during a designated time period, of which your team’s best results will be submitted automatically. Each week will alternate between East and West, beginning with the Time Trial in ending in the week’s Cup, a double-elimination bracket featuring the top eight teams for that week’s region. All teams on the Tournament Realm will be able to run in their region’s Time Trials every alternating week, which means more opportunities to participate in Cups.

NEW TOYS FOR ME? I PROMISE I WON’T BREAK THEM THIS TIME!

As both Arena and MDI grow, we want to give fans a chance to further support the programs—and have some fun along the way! Soon we will introduce two new in-game toys to our shop (details to follow). A portion of the sale of these toys will contribute to the prize pools for both WoW esports programs.

These toys will go on sale in the spring. As the proceeds will contribute to the year’s final LAN event prize pools for AWC and MDI, those prize pools will be announced later this year.

We can’t wait to get things started. Be sure to follow World of Warcraft on Twitter and Twitch to stay up to date on all the latest WoW esports news, and bookmark WorldOfWarcraft.com/esports so you don’t miss a thing!