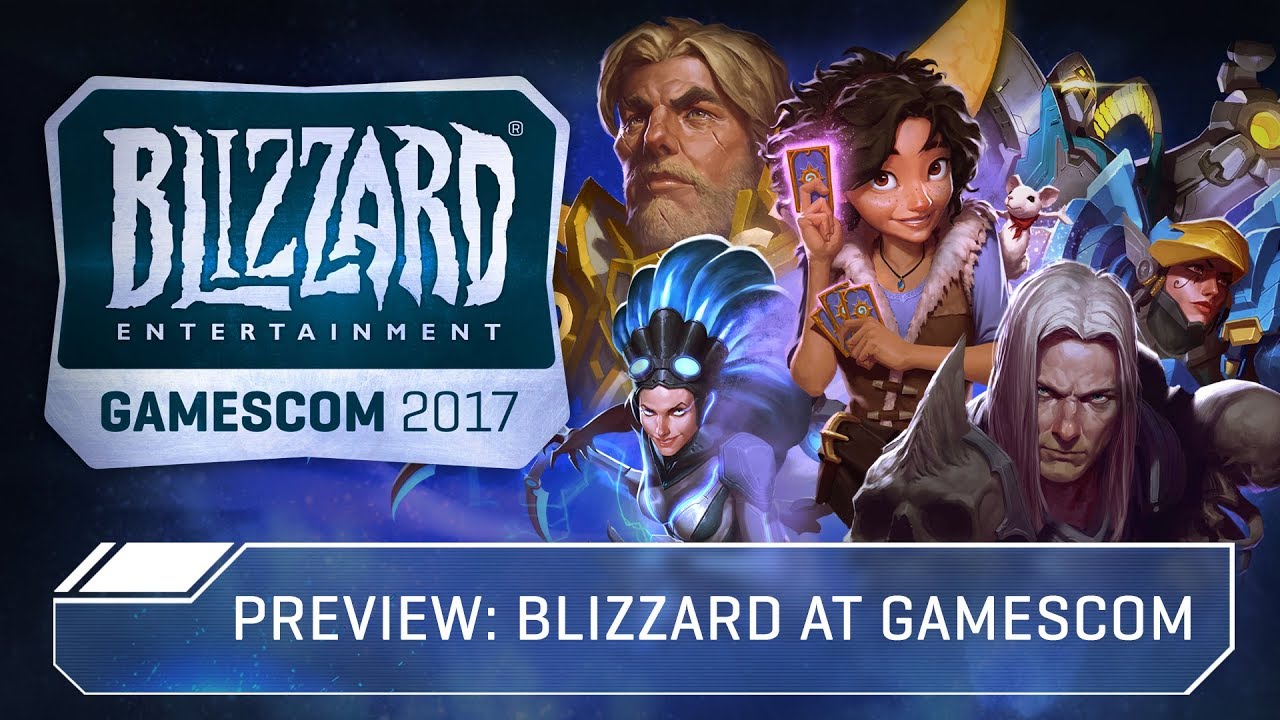 Prepare for an onslaught of undead horrors, zerg monstrosities, marauding demons, and wasteland warriors! Blizzard Entertainment today unveiled a hoard of brand-new game content that will be playable at the Blizzard booth at gamescom 2017 in Cologne, Germany. A “Blizzard at gamescom 2017—Preview” video gives gamers around the globe a first look at everything the company will showcase at the leading European trade fair for digital gaming culture, which takes place from Tuesday, August 22 to Saturday, August 26.

In addition, at 18:00 CEST (9:00 a.m. PDT) on Wednesday, August 23, members of Blizzard’s game development teams will take the main stage at the Blizzard booth to dig deeper into the games and debut new cinematics and other content in the Blizzard Reveal Ceremony—viewable via live stream on Twitch and at http://gamescom.blizzard.com.

Throughout gamescom, visitors to the Blizzard booth in Hall 7 of the Koelnmesse will have the chance to enjoy playable content and activities for Heroes of the Storm®, StarCraft®  II, StarCraft®: Remastered, World of Warcraft®, Hearthstone®, Overwatch®, and Diablo® III.

Heroes of the Storm

In addition to these games and activities, gamescom attendees will be able to enjoy a variety of live entertainment on Blizzard’s main stage, including crowd-favorite dance and cosplay contests, showmatches, developer signing sessions, quizzes, and much more. Video Games Live will be performing on Thursday, August 24 and Friday, August 25 at 18:00 CEST (9:00 a.m. PDT). A full schedule of activities can be found at http://gamescom.blizzard.com.

Visitors can also pick up a selection of Blizzard merchandise, including some brand-new and convention-exclusive items, at the Blizzard store in Hall 5—see the blog post for details.

Those who can’t make it to gamescom 2017 in person will still be able to catch all the excitement via daily live streams on the Blizzard gamescom website. Well-known streamers will also bring their viewers live action from the Blizzard booth—visit the site for details.