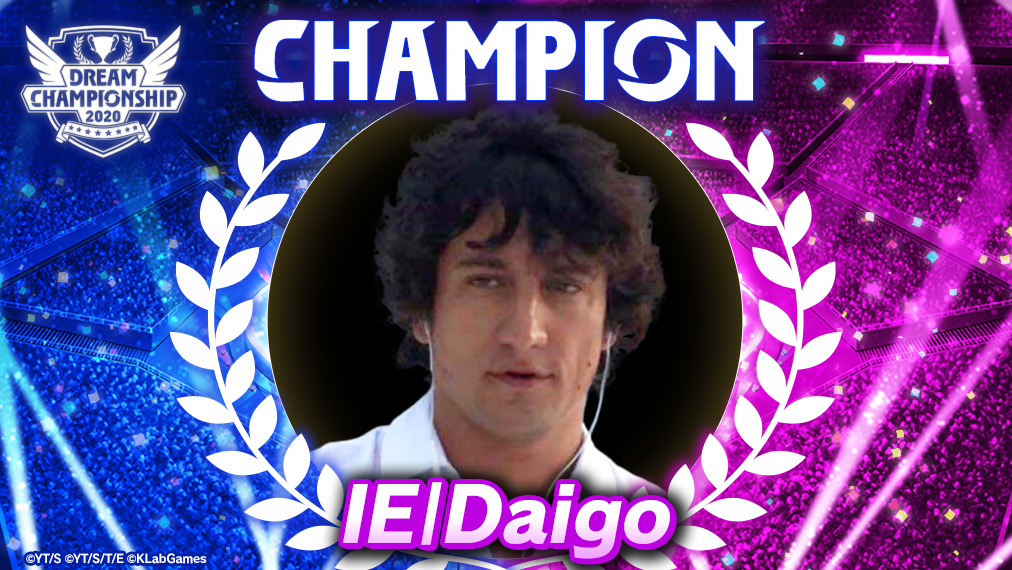 KLab Inc. announced that its head-to-head football simulation game Captain Tsubasa: Dream Team held the worldwide Dream Championship 2020 tournament Finals on Saturday, December 12. Out of the 16 challengers, IE|Daigo (hereinafter referred to as “Daigo”), hailing from Italy, rose to become the champion for the tournament to decide the world’s best player!

Daigo was awarded the grand prize including an in-game badge, championship trophy, and an iPad Pro with an original design Captain Tsubasa: Dream Team case.

In addition, Yoichi Takahashi, the original author of “Captain Tsubasa”, also presented the winner with a special original illustration created just for the tournament. 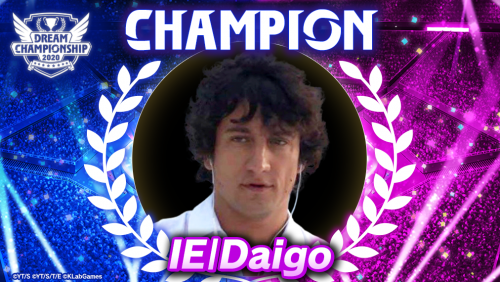 The 3 top players from the Final Regional Qualifiers: Europe, Africa, Middle East group, Americas group, Asia and Oceania group, and Japan group came together with the top 3 from the online world ranking and the champion of Dream Championship 2019 to battle it out in the Finals. Special content was also prepared to air in between breaks in the matches.

*The flags displayed are the flags the players chose and may differ from the flags in-game.

Viewers and Supporters from All Over the World Gathered Online!

Fans and players were gathered from around the world to be Supporters once again, following the success from the first Supporters group during the Exhibition Tournament earlier this year in July. A Zoom channel was set up where fans could cheer on each player as Supporters through social media while watching the tournament in real time.

Profiles introducing all the players were aired in between matches alongside short promo videos of Captain Tsubasa: Dream Team created by YouTubers from around the world to help promote their channels.

Yoichi Takahashi, the original author of “Captain Tsubasa”, made a special remote guest appearance to watch the final match together with fans. “The battle is really heating up for the Finals.” he commented. He also had a message of encouragement to the competitors: “You have come this far, so please give it everything you have.”

The Japanese MC Sascha, who provided commentary for Dream Championship 2019, also joined during the second half of the tournament.

“IE|Daigo” Becomes the World No. 1 Player!

The first match in round one was an thrilling battle between 幼稚園の暴君, ranked third in the Japan Qualifier, and “WillOfD”, last year’s tournament champion. By the end of the first round, けいくん was the only one left out of the four Japanese players. The tournament was full of drama and high level plays which ended many matches in penalty shootouts.

In the following second round, “WillOfD”, who was expected to be a candidate for the championship this year, was defeated by “Daigo”, ranked second in the America Qualifier. Furthermore, all of the Japanese players were taken out of the picture by the end of the second round.

During the semi-finals, the first match between “Daigo” and “AU|Benzema” (hereinafter referred to as Benzema), and the second match between “[JKS]Simon” (hereinafter referred to as Simon) and 仁仁, both ended with a score of 0-0 which took them into a heated penalty shootout to decide the winner. In the end, “Daigo” was able to score 4 goals and defeated “Benzema”, while similarly 仁仁 defeated “Simon” in the penalty shootout, and the two victors advanced to the finals.

Of the two finalists, “Daigo” was considered the stronger player because he placed third in the Dream Championship 2019 Online Qualifiers. On the other hand, 仁仁 was a talented player who won this year’s Asia Qualifier. Would “Daigo” be able to overcome his loss from last year, or would  仁仁 emerge victorious and become the first champion from Asia?

These two incredible players clashed in an exhilarating match, neither gave up a goal to the other, which ended the match in a score of 0-0 and led to the Finals extending to a penalty shootout. It was a tense battle of offense and defense which finally ended when the eighth kicker Hanji Urabe sent in by 仁仁 could not defeat the goalkeeper Genzo Wakabayashi sent in by “Daigo”. Thus, the Dream Championship 2020 victory went to “Daigo”, who was crowned the new number one player in the world.

I am very happy to have won. The first two matches were very tough so I was very tired. The opponent I was up against first changed his entire team in the second half so that was hard to predict. (I ended up winning) So it might have been my lucky day. I would like to thank my club, my friends, my family, the staff that managed everything and the people I met while I was in Japan last year. (The MC said they would like to meet me again in Japan) I am praying for that.

Looking Forward to the Future of “Captain Tsubasa: Dream Team”

At the end of the tournament, Yoichi Takahashi gave his congratulations to “Daigo”, the champion, and Hiroaki Ooki, the producer of Captain Tsubasa: Dream Team, also had some words for the viewers and fans.

I think we were able to have a wonderful tournament this year thanks to everyone’s cooperation. I was really worried about whether to hold this tournament or not due to the influence of the new coronavirus this year. However, with the support of the players and staff, we were able to successfully hold the tournament online.

The players had to deal with a lot of hardships between issues with the time differences and long waits, but despite that they played incredible matches worthy of deciding the best player in the world.

A lot of people joined us to watch not just on YouTube but also to cheer on the players through other social media and Zoom. Thank you again to all the players and staff.

This year we created a YouTube channel and Discord to make the game more interesting and interactive through direct communication with other players in the community. And, as always, we want to thank everyone for your continued support.

The Dream Championship is the official Captain Tsubasa: Dream Team tournament where players from all over the world compete to determine who is number one.

Created by Yoichi Takahashi, Captain Tsubasa is a Japanese manga that centers on the sport of football. Since premiering in Shueisha’s landmark manga anthology Weekly Shonen Jump in 1981, the series has grown into a legend that has inspired and delighted countless football fans around the world for decades.

Even after the end of the initial serialization, the story has continued to evolve with new works highlighting the growth and development of main character Tsubasa Ozora. The series’ popularity continues to thrive, with Captain Tsubasa Rising Sun finishing its appearance in Shueisha’s manga anthology, Grand Jump in 2019, and a special issue called Captain Tsubasa Magazine began serialization in 2020.

The series has sold over 70 million volumes in Japan alone. Captain Tsubasa’s popularity extends beyond borders, having been translated and published around the world in 20 languages, finding fans and winning the hearts of football lovers around the globe.