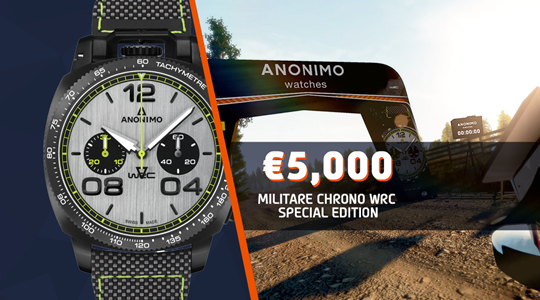 For the drivers! During the holidays, NACON, KT Racing studio, WRC Promoter and the watchmaking company Anonimo launch the Anonimo Christmas Challenge – an original challenge in WRC 9, the official video game of the FIA World Rally Championship. From 24 to 30 December, the most talented players will have a chance to win an Anonimo watch worth 5000 euros through a special competition, open to all on PlayStation®4, PlayStation®5, Xbox One, Xbox Series X|S and PC via the Epic Games Store. 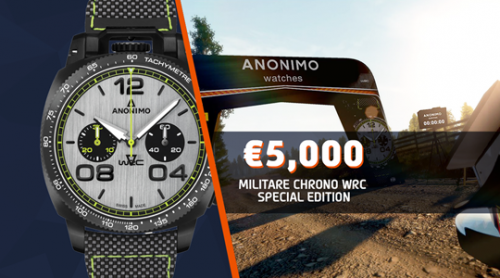 A partner of the WRC 2020, the italian manufacturer Anonimo collaborates to offer one of the most luxurious watches, featuring the Championship’s colours: the Anonimo Militare WRC Edition, worth 5000 euros. To take their chance to lay their hand on this jewel, players will have to contend through 2×2 special stages from the Rally Finland, in the most extreme weather conditions.