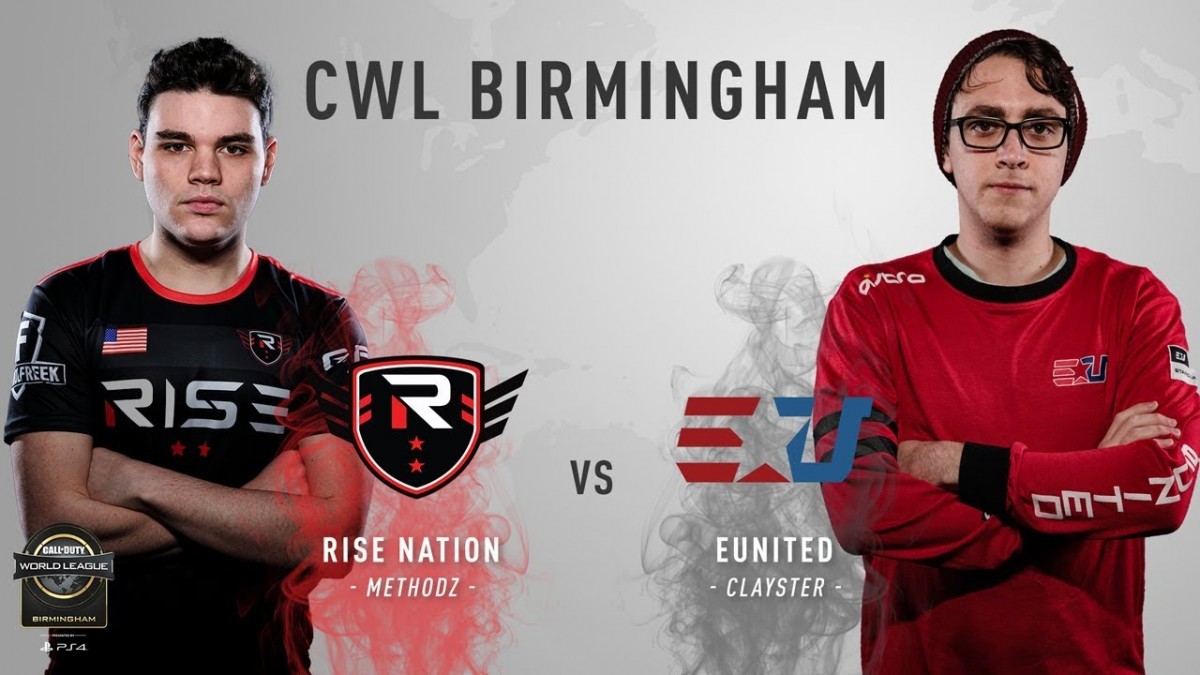 Rise Nation and FaZe Clan finished on top of their respective Pro League divisions. Can they continue that success and defeat their first round opponents?

The 2018 Call of Duty World League Pro League Stage 1 Playoffs, presented by PlayStation 4, will see the top-eight Stage 1 teams battle it out for $500,000 and bragging rights inside the MLG Arena on April 6-8.

Leading the eight-team field are Rise Nation, who walked out of Division A with a 13-1 record, and FaZe Clan, who stole Division B’s first place position in the final day.

Here is where Rise and FaZe stand before the Stage 1 Playoffs, and who they will face in the first round.

A Reunion of Atlanta Champions

In March 2017, Gunless led eUnited to a CWL Atlanta Open title. Three months later, he was traded to FaZe Clan and ultimately joined Rise Nation for the 2018 CWL season.

Rise’s roster is rounded out by TJHaLy, their young Search and Destroy specialist, and Loony, who has been Rise’s submachine-gun cornerstone for over two years.

No matter who “leads” Rise in slaying, this team has dominated the CWL since they joined the Pro League. Rise’s impressive recent resume includes a 13-1 division record, a 2018 CWL Atlanta Open title, and a top-three finish in Birmingham.

Essentially, Rise is a front-runner for the CWL Stage 1 title, but will not get far if they cannot beat eUnited, their first round opponent.

eUnited has had their successes and failures in life after Gunless, with Clayster developing into the team’s vocal leader over the last nine months. Although eUnited saw signs of fracturing earlier in March, they turned their Pro League season around by winning their last four Division B games and qualifying for the playoffs.

In the CWL Birmingham Open’s Pool Play stage, eUnited swept Rise Nation on some of Rise’s stronger maps, such as Capture the Flag on Flak Tower.

This series had no effect on Rise’s eventual third-place run, and eUnited fizzled out of Birmingham with two straight losses just one day after this series. However, that win may hint at what damage eUnited can do to Rise Nation in Columbus, especially if the pick-and-ban phase falls into their favor.

FaZe are one of the CWL’s most feared CTF teams, winning 11 out of 14 CTF games in Stage 1 and outscoring opponents by more than one and a half flags per game. They also can hit hard in S&D, as seen in their league leading team K/D of 1.25. ZooMaa has the most S&D kills per round out of any Pro League player, and joins Attach and Preistahh in the top-ten Pro League S&D K/D ratio rankings.

While FaZe are dominant in Columbus, they have yet to find hardware at a Global Open event. Their two recent showings saw them earn top-12 placements, and their best run of the season was when they rallied through the CWL Dallas Open Bracket and placed fourth.

FaZe drew the two-time Global Open event winners Team Kaliber as their first round opponent. tK may hold two Global Open titles, but both came before the 2018 Pro League began. A regular season record over .500 and two placements outside the top-six teams is a far departure for Team Kaliber, who once hung back-to-back banners during a 15 match winning streak.

Team Kaliber and FaZe Clan recently fought in Birmingham’s Pool B, where tK narrowly defeated FaZe with a game five, round 11 victory. In that series, FaZe won both Hardpoints and tK took home both S&Ds as well as the lone CTF.

Given that tK held a losing record in S&D and CTF during the Pro League and are usually one of the league’s better HP teams, this match was a clear departure from the norm for both teams. But one series is not always the most accurate prediction for the future, so we’ll see if this match was just a fluke for FaZe or a sign of tK’s return to glory.

The CWL Pro League Stage 1 Playoffs will be live from April 6 to 8 on MLG.com/CallofDuty, where you watch source quality video, engage with fellow fans in the Scorestreak mini-game, and see real-time player statistics.

For more intel about Call of Duty World League, be sure to visit CallofDuty.com/esports and follow @CallofDuty and @CODWorldLeague on Twitter.