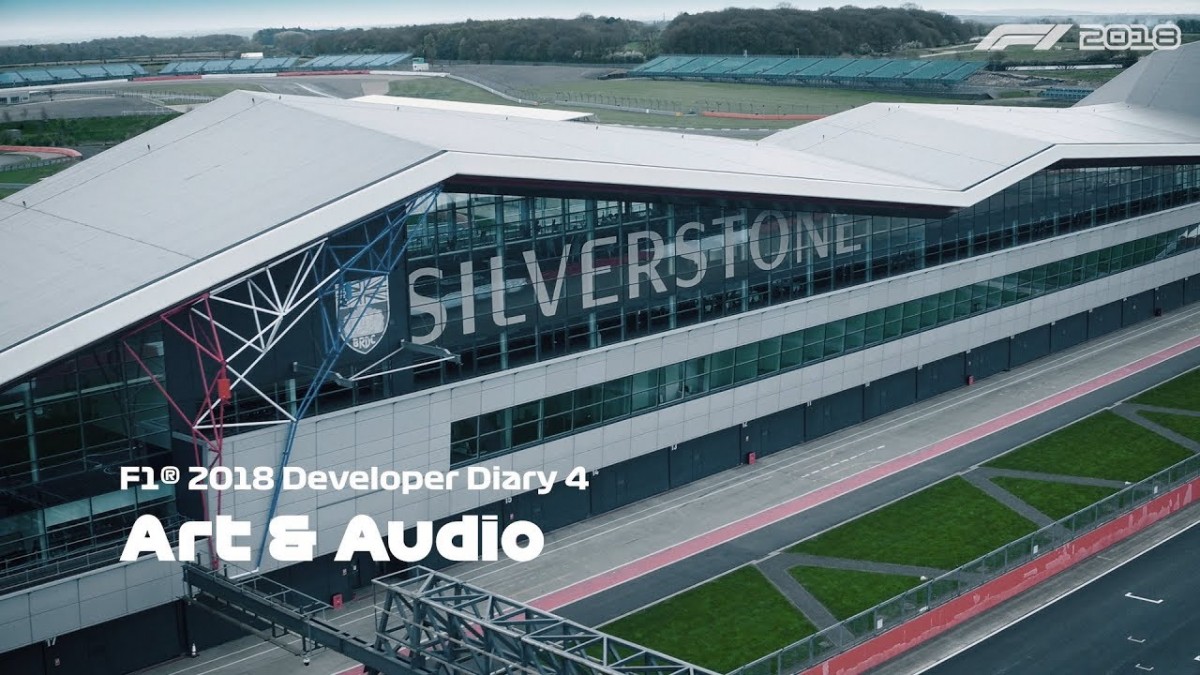 Codemasters® has released the final part in its series of four developer diaries for F1® 2018, the official videogame of the 2018 FIA FORMULA ONE WORLD CHAMPIONSHIP™, talking about the improvements made to audio and visual aspects of the game.

F1® 2018 presents a significant visual jump forward for the franchise, utilizing physically based rendering to improve the overall look and feel of the game and get it as close to reality as possible. Visually the car models, character renders, the atmospherics, visual effects, cinematics and animations have all been overhauled, while on the audio front the engine sounds are closer to real life than ever before.

“The biggest win visually is in the atmospherics,” said F1® 2018’s Art Director, Stuart Campbell. “This year we’ve got a full atmospherics system that gives you a greater sense of depth from the scene, and it makes for some really stunning vistas.”

Stuart continued: “One of the most iconic things for me about F1® as a sport is seeing that heat haze on the start straight: the heat rising from the track and from the engine exhausts, and in the mirage effect that you see reflecting in the track. We’ve added a full heat haze and mirage system to our visual effects for this year, and it makes a huge difference in the replay cameras and on track when you’re racing.”

With regards the audio improvements this year, Brad Porter, Senior Audio Designer on F1® 2018, commented: “We try to make the engine sounds as close to broadcast as possible, which is what a lot of fans ask for. We’ve been over to tracks such as Abu Dhabi, Barcelona and Paul Ricard over the last year, working directly with F1® teams, going into garages with them on test sessions, mic’ing up the cars onboard with our new radio gear, and then we’re standing at the side of the track for external recordings. We’re also in the garages recording ambisonics, we’re out in the paddock, and we’re out in the pit lane.” Brad added: “From an audio point of view, the game is now sounding far more believable and far more authentic.”

F1® 2018 features all the official teams, the drivers and all 21 circuits of the thrilling 2018 season, including Circuit Paul Ricard and the Hockenheimring. As well as the current season’s offerings the game includes 20 iconic cars from the history of the sport. F1® 2018 will release onto PlayStation®4 computer entertainment system, the Xbox One family of devices including the Xbox One X and Windows PC (DVD and via Steam) worldwide on Friday 24 August 2018.