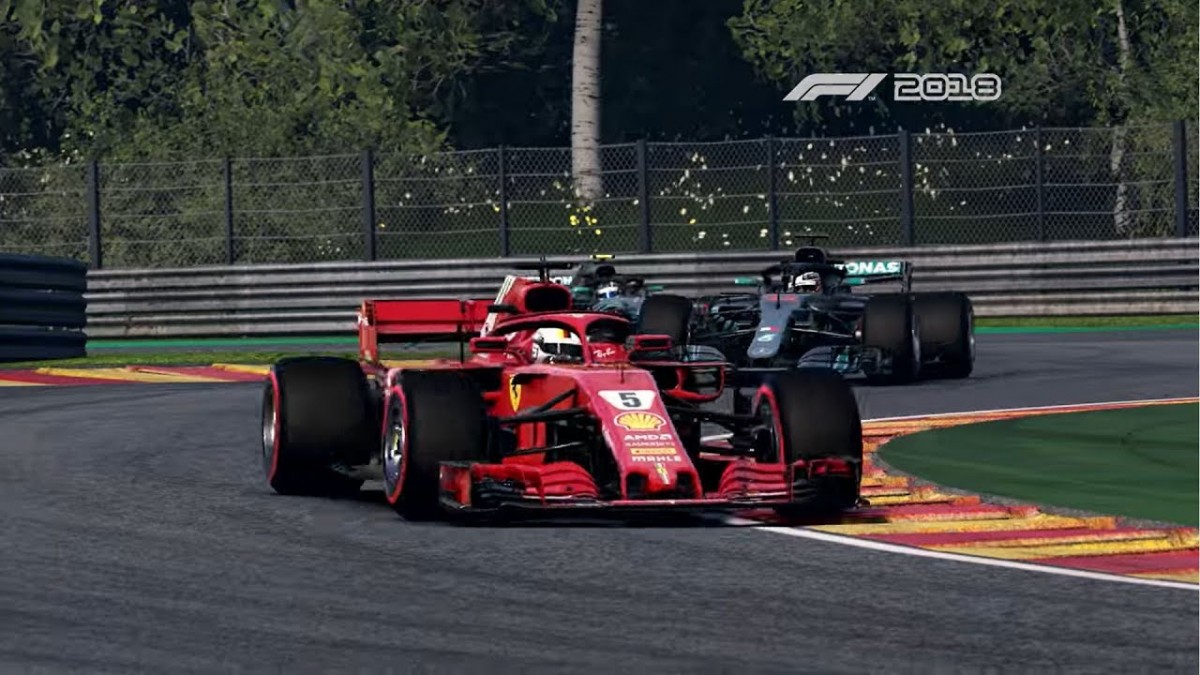 Players around the world can now ‘Make Headlines’ in the world’s most prestigious motorsport as F1 2018, the official videogame of the 2018 FIA FORMULA ONE WORLD CHAMPIONSHIP™, launches onto the PlayStation® 4 computer entertainment system, the Xbox One family of devices including the Xbox One X and Windows PC.

Launched to critical acclaim, F1 2018 is the most complete F1 experience ever seen in gaming. Featuring all of the official teams, cars, the drivers and circuits from the thrilling 2018 season, F1 2018 also includes 20 iconic, classic cars from the history of the sport for players to try to master. Circuit Paul Ricard is included in the game for the first time, while the Hockenheimring, the historic home of the FORMULA 1 EMIRATES GROSSER PREIS VON DEUTSCHLAND 2018, also returns.

“Our main aim with F1 2018 was to get even closer to replicating the real-world sport and we believe that we have made significant improvements both on and off the track,” said Lee Mather, game director, F1 2018. “The in-game suspension and chassis now refresh at 1000htz, meaning that the simulation is far more authentic. For example, you can really feel the difference between the modern-day cars, with their advanced aerodynamics and downforce, when compared to the classics which rely more so on pure tire grip, making them an incredibly involving drive.”

Lee continued: “The visual recreation of the sport, including the iconic heat haze, atmospherics and new lighting system, is closer than ever and we have added even more depth to the Career by reworking the Research & Development system for each of the teams as well as introducing the press interviews which will play a key role in how you are seen within the world of F1. Certain teams look for different characteristics in a driver and it is up to you whether you choose to exhibit sportsmanship or showmanship when put under pressure. We cannot wait for players to get their hands on the game.”

The much-heralded Career mode is bigger and better than ever with the inclusion of pressurized press interviews which will directly affect your standing and future within your own team and the wider sport. While in research and development, each of the teams now has its own unique tech tree with inherent strengths and weaknesses as you are looking to improve your car. These improvements can then be threatened by end of season regulation changes, another first for the franchise.

F1 2018 is available now worldwide on PlayStation 4 computer entertainment system, the Xbox One family of devices including the Xbox One X and Windows PC.