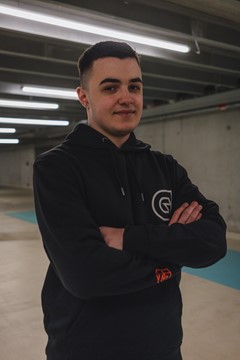 Anas has a long back catalogue of wins and accomplishments and currently ranks 7th in the Top Ten Pro Fortnite players in Europe. Anas is a four-time Cash Cup Winner and has been a finalist in both the FNCS Grand Finals and Dreamhack Finals five times, his tournament winnings total over $96K. Anas has a strong combined social following reaching over 185,000 followers across Twitter, Instagram, Youtube and Twitch. With his tournament success in place, this signing takes us yet another step closer towards Guild’s goal of being the number 1 organization in Fortnite.

Grant Rousseau, Guild’s Director of Esports commented, “It’s clear to us here at Guild that Anas’s previous accomplishments within the global esports sphere make him a strong addition to the Guild roster. Anas is a Fortnite sensation and signing him helps us to expand our talent pool as we continue to make Guild’s mark in the discipline.”

Anas added, “Guild is an organisation I’ve enjoyed watching grow, so it’s exciting to now be a part of that journey. I’m sure I’ll have great success with the Guild team, using my previous wins and past experience as a finalist. Make sure you’re tuned in for the next match!”