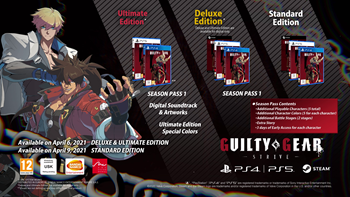 The Legacy movie, of which the first part is available today, gives viewers an entry point into the long history of the Guilty Gear franchise explaining the vision and evolution since the first game released in 1998 and what makes this franchise unique amongst fighting games. The second part of the video will be coming soon.