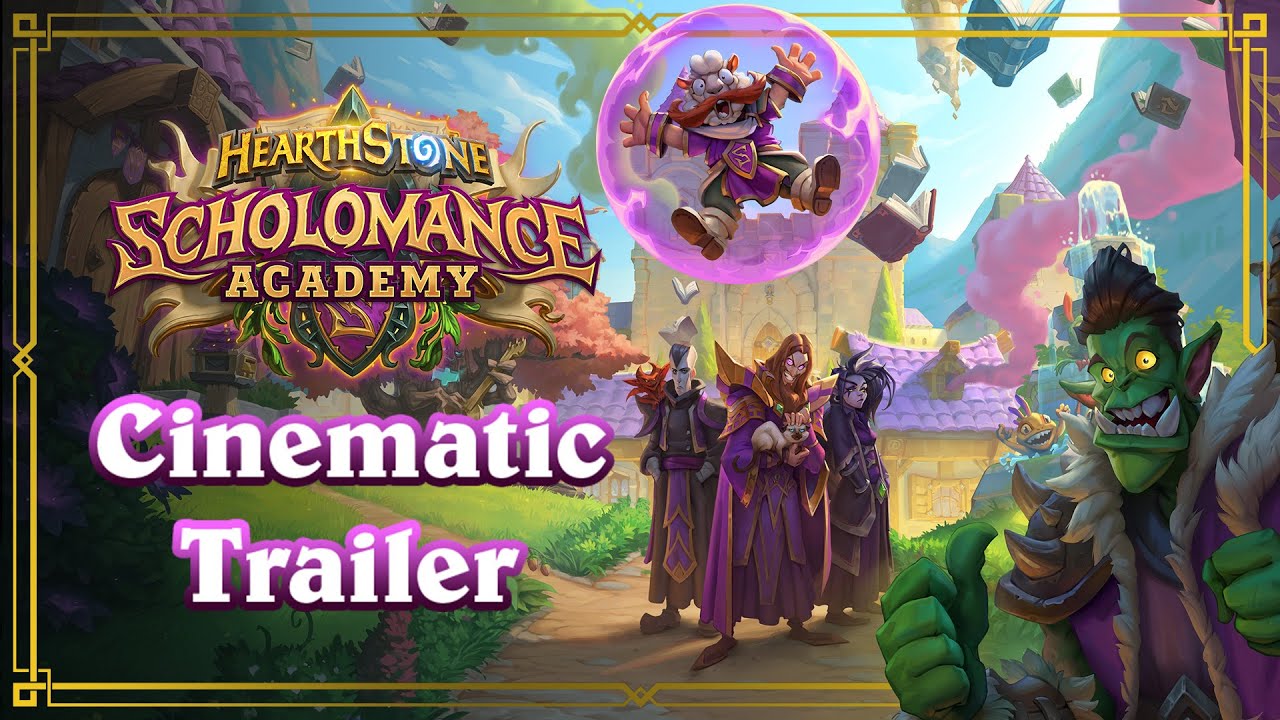 Idle undergrads and students of the arcane can celebrate today’s opening of Scholomance Academy™, the titular setting for Blizzard Entertainment’s latest expansion to its smash-hit digital card game Hearthstone®. Players will expand their magical repertoires with 135 all-new cards designed around the prolific professors, erudite lessons, and sorcerous hijinks that define this fabled institution of higher learning.

Hearthstone players can “double major” in Scholomance Academy with 40 Dual-Class cards designed around ten unique class combinations and the powerful synergies they share. Whether you’re a Druid looking to tame savage beasts like a Hunter, or a Rogue eager to steal a few Mage tricks, Scholomance Academy has something new to teach everyone.

Scholomance Academy takes spell-slinging to the next level with the new Spellburst keyword, which triggers a one-time-only effect the next time the player casts a spell. Players can also benefit from hitting the books with new Studies cards that allow them to Discover a card immediately and also reduce the mana cost of the next card they play of that type.

“Following our reveal of this expansion last month, it was clear that the vibrant theme and new game mechanics resonated with millions of Hearthstone players around the world,” said J. Allen Brack, president of Blizzard Entertainment. “We’re excited to now be able to open up Scholomance Academy and put the magic in players’ hands.”

For more information on Scholomance Academy, visit the official site.