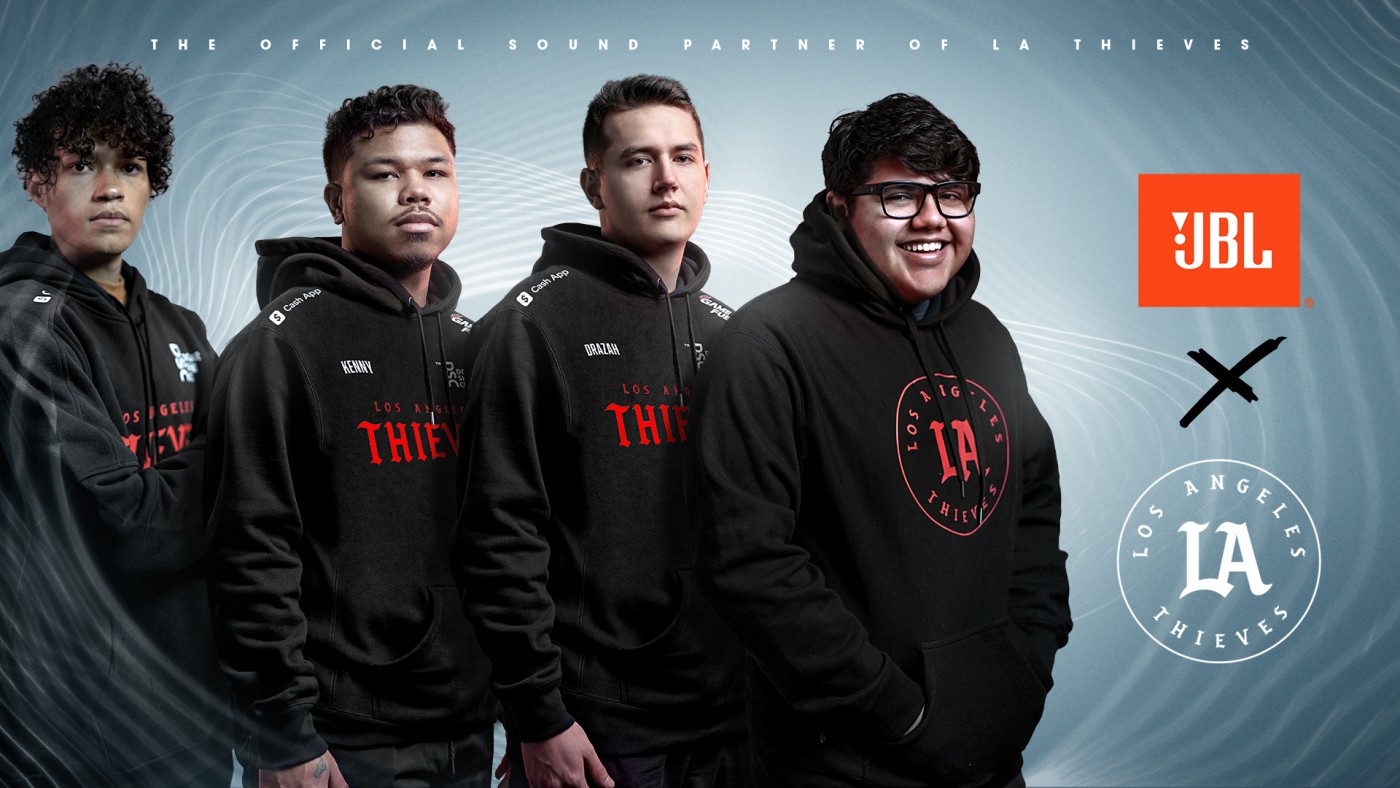 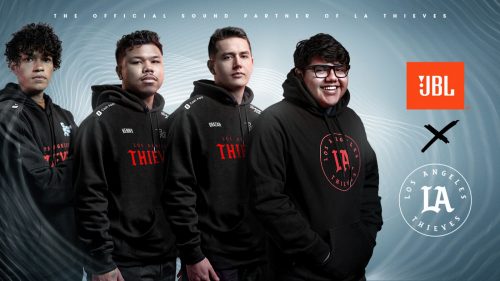 The LA Thieves revealed the partnership with JBL during the 100 Thieves’ Content House Show by using JBL’s noise-cancelling Quantum headsets as part of the popular YouTube “Whisper Challenge.” In addition to gearing up the team for practice and competition, 100 Thieves and the LA Thieves will have access to the latest JBL portable speakers and lifestyle headphones for the CashApp Compound and Content House Show.