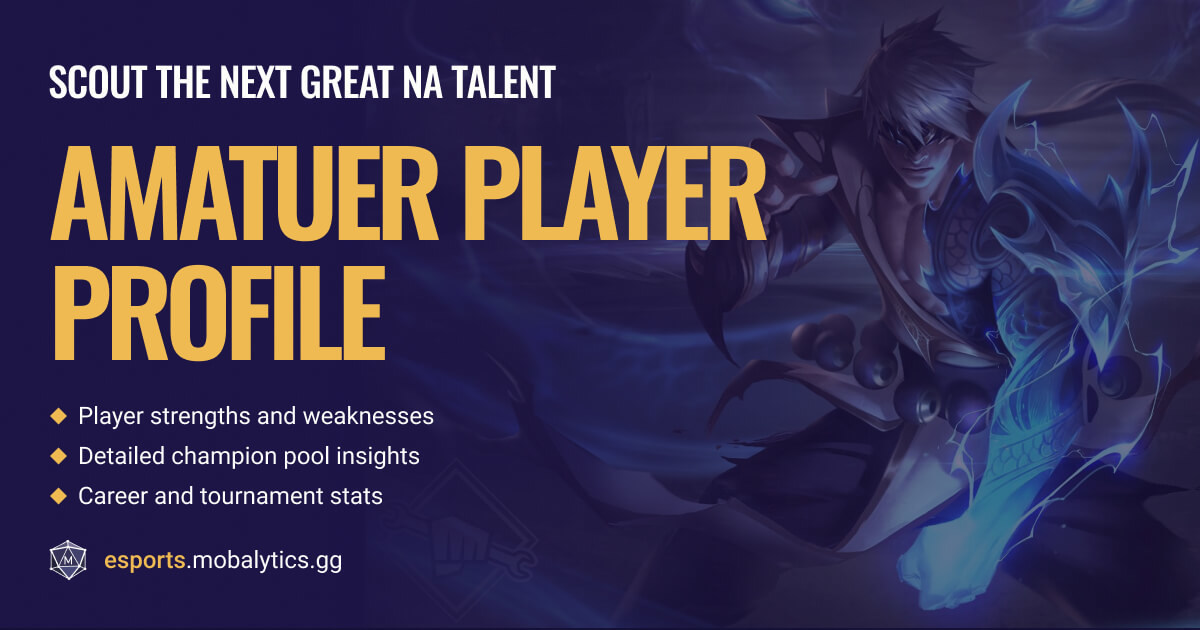 The LCS’s new format demonstrates the league’s commitment to developing the North American amateur scene by creating new ways for LCS teams, tournament organizers and sponsors to support the growth of amateur competition.

“I’m excited about the LCS’s commitment to the amateur scene, and working with so many passionate players, staff, teams, and organizations has been invigorating. As we move forward we’ll continue to assess how we can better our processes and further the league’s development,” said Matt Nausha, Head of Amateur and Scholastic, LCS North America.

With more opportunities than ever for amateur players, the LCS and Mobalytics have created the first esports ecosystem and are closing the gap between solo queue and professional players — a similar structure which is found in traditional sports.

The new ecosystem is an effective solution in finding eSports talents and covering the high demand for pro players that most eSports teams are facing lately. In the past, it would have been much more difficult to directly measure potential recruits against current levels of talent, but now the differences in talent gaps became more clearly defined.

Outside of the revamped tournament system, the LCS has also shown its commitment to development by continuing and expanding their partnership with Mobalytics, which launched esports.mobalytics.gg alongside the new system.

Mobalytics, which was the official data partner for Scouting Grounds 2019 and 2020, designed its new esports site to help team scouts and esports fans alike follow the amateur action. The site provides stats, rankings, VODs, and other resources that make it easy to keep up.

“We’re happy to partner with the LCS and bring esports to the next level. With how much progress has made in just a decade, I wouldn’t be surprised if in another few years, the path to pro may begin at highschool or perhaps earlier, with teams beginning to scout at a much younger age as they do in traditional sports such as NBA,” said Bogdan Sychyk, CEO and Co-Founder at Mobalytics.

The new format reaches its pinnacle at the final Proving Grounds tournament, which began March 30, 2021 and continues through April 25, 2021, where the best 16 teams are competing for the $100K grand prize.