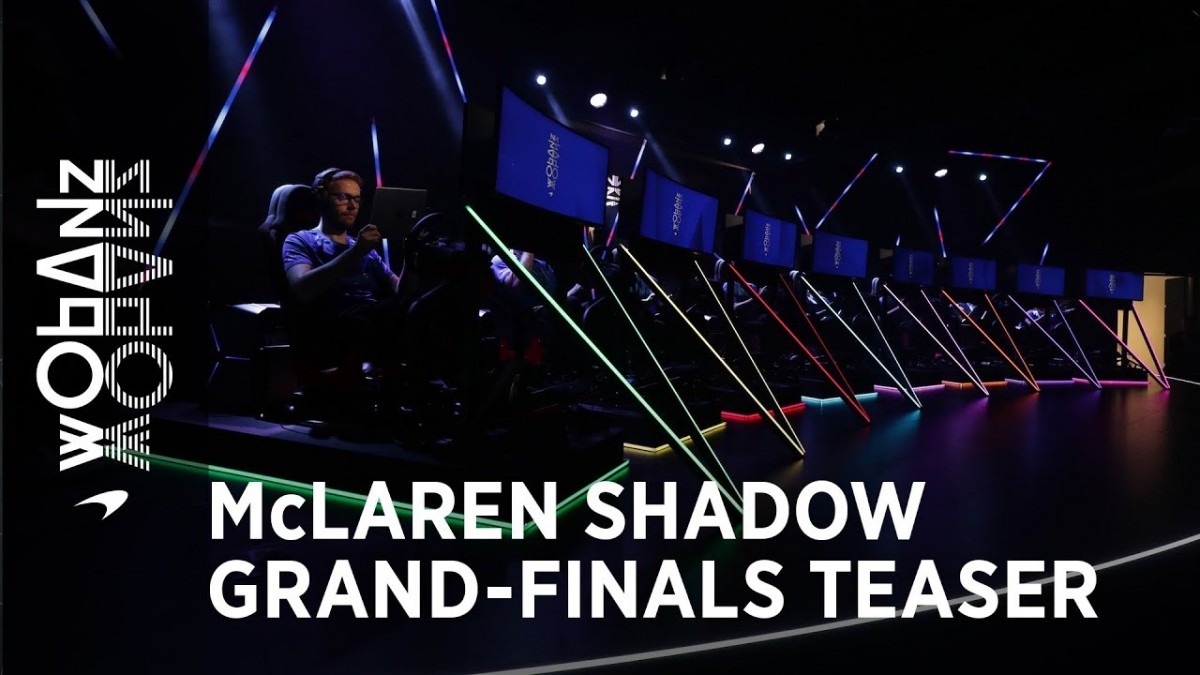 The live finals of the world’s biggest esports racing competition will be streamed via the McLaren YouTube Channel on Wednesday 16 and Thursday 17 January 2019.

This January, seven competitors from around the world will head to the McLaren Technology Centre in Woking, UK, for their toughest challenge yet – the McLaren Shadow Project grand finals.  The winner of the brand’s search for the brightest and best esports racing talent will receive a seat in the McLaren Shadow esports team, and the opportunity to join its esports development program, to hone their skills and work with the McLaren F1 team.

When to watch: The live finals, presented by a team led by Nicki Shields, start at 7pm GMT / 8pm CET /
11am PST on the McLaren YouTube channel:

McLaren, the first Formula 1 team to venture into esports in 2017, launched this year’s competition in July 2018, it has attracted more than half a million entries worldwide. The seven finalists have battled through rigorous qualifiers to secure their place in the final, where they will race using industry-leading hardware.

The finals will see the drivers take to the track on the world’s best racing games, including Forza Motorsport 7, Real Racing 3, Project Cars 2, iRacing and  rFactor 2. Powered by Alienware PCs and screens, the driver rigs will be comprised of Sparco gaming seats and Logitech G wheels, pedals and headphones.  The competitors will race in virtual reality on Project Cars 2 using the VIVE Pro McLaren Limited Edition VR system and battle it out on mobile on Real Racing 3.

Outside of gameplay, McLaren Applied Technologies’ human performance division underpins the McLaren Shadow Project and finalists will be the subject of rigorous human performance testing, including looking at their physical and mental resilience and performance in the McLaren automotive simulator, before being tested on their real-world racing skills during a track day at Dunsfold in a McLaren 570S GT4 car.

Ben Payne, Head of esports at McLaren, said:
“We’ve been blown away by the number of talented gamers who have taken part in the competition this year. We’ve created the most open and inclusive racing esports tournament on the planet, with players competing on multiple platforms on the biggest games. This year, more than ever before, the competition shadows McLaren’s real world. We’re treating them as we would one of our Formula 1 drivers, and this is reflected in the challenging week-long Shadow finals. The semi-finals had me on the edge of my seat, so I can’t wait to see what the final brings.”

2017 winner, Rudy van Buren, said:
“This competition changes lives. 12 months ago I was a kitchen salesman in Lelystad, Netherlands. Since then I’ve become a simulator driver for McLaren, driven a world championship-winning F1 car at Goodwood, raced and beaten a Le Mans winner at the Race of Champions and given VIPs the thrill of a lifetime in McLaren supercars during Formula 1 race weekends as part of McLaren’s involvement in the Pirelli Hot Laps experience. My advice for the finalists is race hard and stay focused, the possibilities are endless.”

The seven finalists are:

To find out more about McLaren Shadow Project click here.