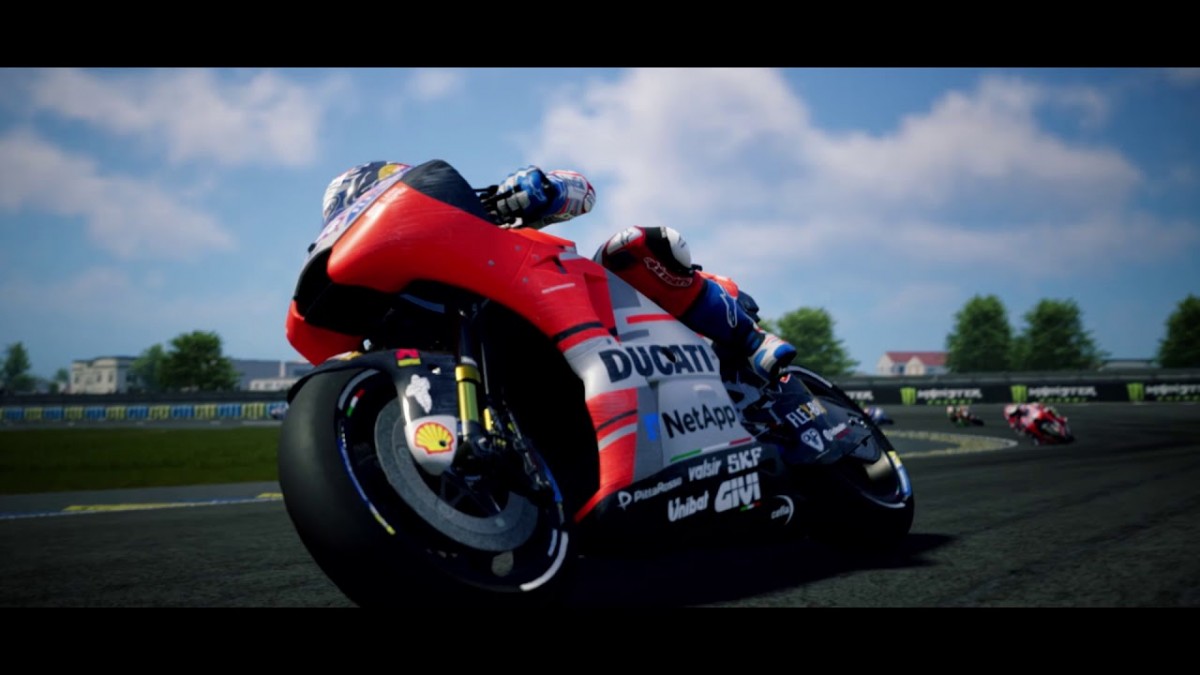 After announcing MotoGP™18 is going to release on June 7th, Milestone is glad to reveal all the new features included in the game that make it the best choice for all those who want to live the MotoGP™ experience as never before.

Set to be a reboot of Milestone’s flagship title, MotoGP™18 has been developed starting from scratch from the very basics: a new engine, enhanced graphics, reworked physics, faithful reproduction of all elements in game and a new compelling career mode are only some of the elements that will make this year’s MotoGP™ videogame the most immersive and realistic MotoGP™ experience ever.

The introduction of Unreal® Engine 4 represents the definite step forward both in terms of graphics and gameplay. The Milestone team has been able to reach incredible enhancements in terms of visual quality: lighting effects on tracks and bikes has become more realistic than ever, recreating all light reflections down to the smallest details. Taking advantage of the extremely improved particle effects, the team has been able to improve the weather effects as well as effects on track, like audience smoke celebrations.

Using the innovative 3D scanning technology, this year all the MotoGP™ riders’ faces have been introduced in the game. All faces have been recreated through a structured light 3D scanner, able to read the curves and color of their faces, giving a real-time 3D model, which was later refined by the artists.

The Drone Scanning System has been used to reproduce all tracks, riders and bikes down to the smallest details. Tracks have been reworked, so that the layout is now extremely faithful to the real one, ensuring also a precise reproduction of altimetry.
INNOVATION

This year, MotoGP™18 will feature for the first time more than 30 cut scenes; from the MotoGP™ podium to celebrate your victory to the parc fermé for Moto2 and Moto3 and the starting grid and boxes. There will also be standard cut scenes as well as customized ones, reproducing iconic gestures of each MotoGP™ rider.

MotoGP ID aims to present to the player a series of statistics and details on his performances, comparing them also with other players online. With the MotoGP ID each player will have an overview of hours played, number of races, poles, wins, podiums and much more.

The spectator mode, available online, is designed to follow other players with different cameras. Thanks to a selection of TV cameras, players will be able to follow the race in various positions alongside the track and go to the on-board cameras of various riders to get a first-person view of different trajectories and riding styles. Thanks to the introduction of the spectator mode, everyone will have the feeling of watching a live real MotoGP™ race.

MotoGP™18 will feature brand new and interactive tutorials, divided into 3 levels, which will teach the player about acceleration, braking and how to manage trajectories.
PHYSICS

The physics have been completely reworked: thanks to realistic physics simulation, the game faithfully reproduces the behavior of bikes for a driving experience which is as close to reality as ever. To make the game accessible also to less-expert players, MotoGP™18 includes several riding aids to offer a more enjoyable simulation at every level.

Performance of the AI has been improved, as well as scalability: when choosing the highest level of difficulty, the AI will turn into the most engaging challenge for the player. Due to the increased scalability, each gamer will be able to find the level of difficulty that suits his abilities and driving style.

In the case of falls, bike and rider will be damaged, both from an aesthetic and functional point of view. Scratched fairings and suits realistically represent the consequences of each mistake. According to the level of simulation being played, the bike will be able to undergo a certain number of falls until it stops completely.

One of the most crucial aspects of a real race is certainly the tyre management: in MotoGP™18, it will be extremely important to learn how to manage the duration of tyres during practice sessions, qualifying rounds and races. Gamers will be able to check the state of tyres via consumption indicators: this way, players will adapt their driving style in order to maintain optimum tyre conditions.
CAREER

In MotoGP™18, players can build their story in Career mode, making their own way up the ladder of success, starting from the minor categories until they reach the top class. Players begin their career in the lower category, the Red Bull MotoGP™ Rookies Cup, with the aim of reaching and becoming the new MotoGP™ champion.

One of the most important indicators of the status of the career is the reputation, which highlights general progress of the player within the career, giving him an idea of how popular he is within the MotoGP™ environment. Reputation grows depending on race positions and team’s objectives. The higher the reputation is, the higher the possibility is to get a contract from a prestigious team.

Players will be able to enhance some parts of the bike, improving its performance in every race throughout the season. There will be different areas for bike developments:

This way, gamers will be given the possibility to create a bike which is aligned with their driving style.
MotoGP™18 will give players the opportunity to take part in the best motorcycle racing show on earth, featuring all the official content from 2018 MotoGP™ season, with all riders, official rosters from MotoGP™, Moto2™, Moto3™ and Red Bull MotoGP™ Rookies Cup and all 19 official tracks, including the new Buriram International Circuit in Thailand.
MotoGP™18 will be released on June 7th on PlayStation®4, Xbox One, Windows PC®/STEAM, launching shortly after on Nintendo Switch™.