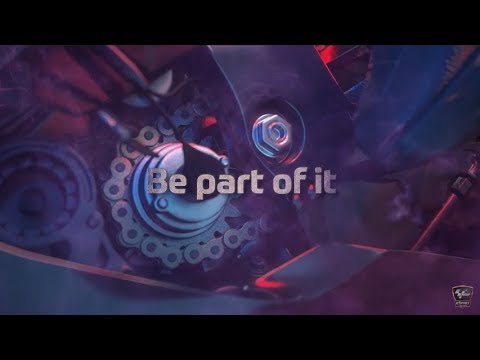 The critically-acclaimed MotoGP™ eSport Championship returns in 2018, with more challenges, more chances to win, and an increased number of platforms available to compete on, making it sure to be a bigger and better show than ever before. For this season, the competition is available for players on the three gaming platforms: PlayStation® 4, Xbox One and PC, giving more opportunities for gamers to become World Champion.

Now, the number of challenges is increased to eight. Beginning on 18th July, the first four challenges are raced at COTA, Sachsenring, Losail and the Red Bull Ring and will take place until August, with the live on-site Semi Final 1 event taking place at the Misano World Circuit Marco Simoncelli in September and featuring the fastest 12 gamers.

A further four challenges will be held around Phillip Island, Mugello, Sepang and Buriram, which will be raced during September and October, with a live Semi Final 2 event, held at the Movistar eSports Center in Madrid on November 2nd, where the quickest 12 from the final four challenges will compete for a place in the Final.

The Grand Final will once again be hosted in Valencia during the MotoGP™ season finale on November 16th, with a BMW M240i Coupé up for grabs as the top prize for the Championship winner, with some exclusive experiences that money can’t buy also on offer.

As an added bonus, the 24 gamers who make it through to either Semi Final will have the opportunity to represent an official MotoGP™ team, meaning they will line up on the grid using their chosen team’s motorcycle and livery.

The Championship will see gamers competing with the brand-new MotoGP™18 videogame, which launches worldwide on June 7th 2018 on PlayStation ® 4, Xbox One and Windows PC/STEAM, releasing shortly after on Nintendo Switch. The game has been completely remodeled from scratch using the brand new Unreal Engine 4 to create a more immersive experience than ever.

Last year, the MotoGP™ eSport Championship’s inaugural season saw over 15,000 hours played across the globe, with more than 2.5 million kilometers covered by competitors in the championship. Launched in July 2017, it took place over six online in-game challenges, with the Final held in Valencia where the world’s fastest 16 gamers were whittled down to eight in the Semi Finals, crowning 18-year-old Trastevere73 from Italy the World Champion.

Managing Director for Dorna, Pau Serracanta, said: “We are very proud to host the second edition of the MotoGP eSport Championship this year and are confident that many more fans will have the chance to enjoy taking part due to it being available on all gaming platforms as well as there being more online and offline events. Without a doubt, it will also benefit the MotoGP teams as they will have increased exposure with their fan base. I would also like to take this opportunity to thank Milestone for their excellent work with the development of the spectacular new game MotoGP18 as well as the continued support from our Founding Partners.”