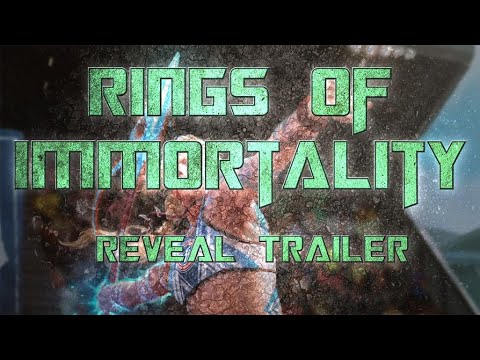 The announcement of their competitive scene wasn’t the only treat Rhino shared with the community during the developer update. Players were also been teased with some cards from the next expansion, which is currently set for a January 2021 release.

The Mythgard World Championship will be held in December 2021 and will see the top 16 players from the game go head-to-head for a share of the $20,000 prize pool.

Expansion 2 is the start of everything!

The 2021 competitive season of Mythgard will start with the release of the game’s second expansion. While Rhino Games, Inc. didn’t share a name for the expansion during the developer stream, they did show off 4 new cards coming with the new set.

The expansion will continue the story of their first expansion, Rings of Immortality, bringing over 110 new cards, 2 new paths, and 2 new powers. The expansion is currently set for a January release, more information, including release date and title will be shared with the community at the beginning of January.

Free packs for new players!To celebrate the release of their first expansion, Rhino Games, Inc. introduced two ‘new player’ codes into the game. By redeeming codes ‘LetTheGamesBegin’ and ‘WelcomeChallenger’ new players can start their Mythgard journey with 25 free packs, as well as a host of other in-game goodies. These codes can be redeemed through the in-game store.

Mythgard…So much more than just a card game

Since leaving Early Access in September 2020 Mythgard has received over 96% positive user reviews on Steam, making it the highest-rated competitive card game on the platform. Some of the features that set Mythgard apart from the competition are: