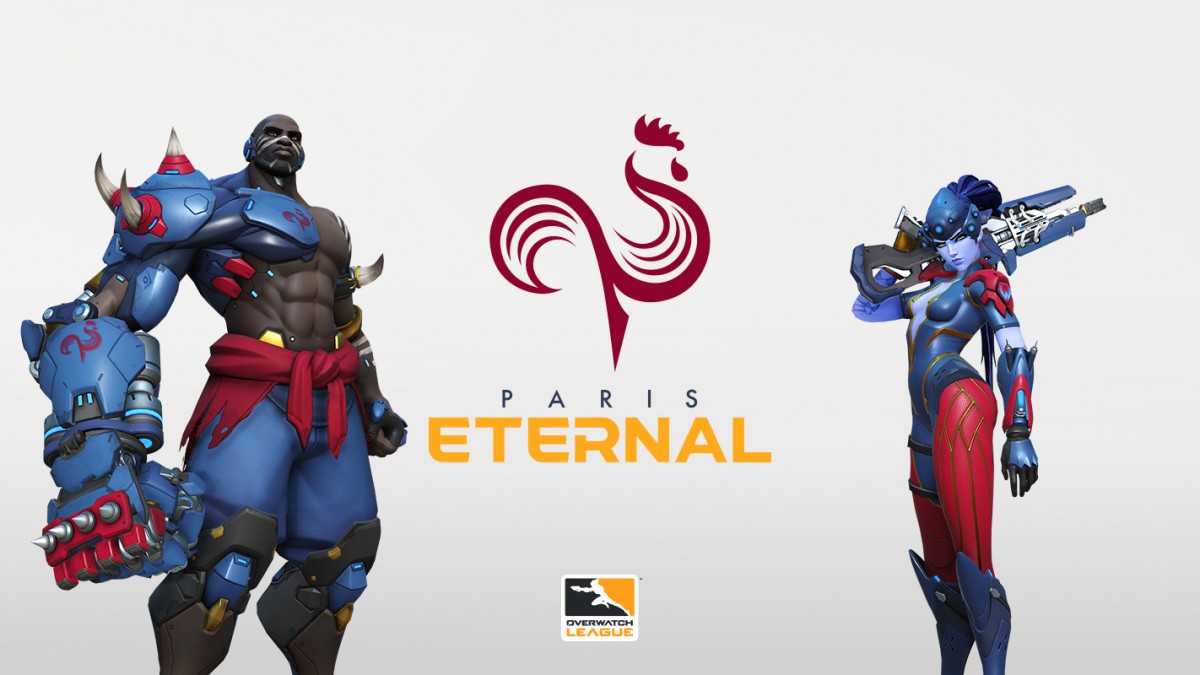 The team colors are blue, burgundy, white, and gold. The team logo incorporates an infinity symbol within the body of a digitized Gallic rooster, long the national symbol of France. Futuristic gold font accompanies the mark.Paris is one of eight new expansion franchises joining the Overwatch League for 2019 and is owned by newly created DM-Esports.

Michael “Mex” De Wit, General Manager for Paris Eternal, said that above all, “Paris Eternal will be focused on winning and results. We believe our international roster is poised to succeed.”

Paris Eternal is one of eight new expansion teams and one of 20 franchises competing in the 2019 Overwatch League season, the premier global esports league with city-based teams. The Paris Eternal is owned and operated DM-Esports.