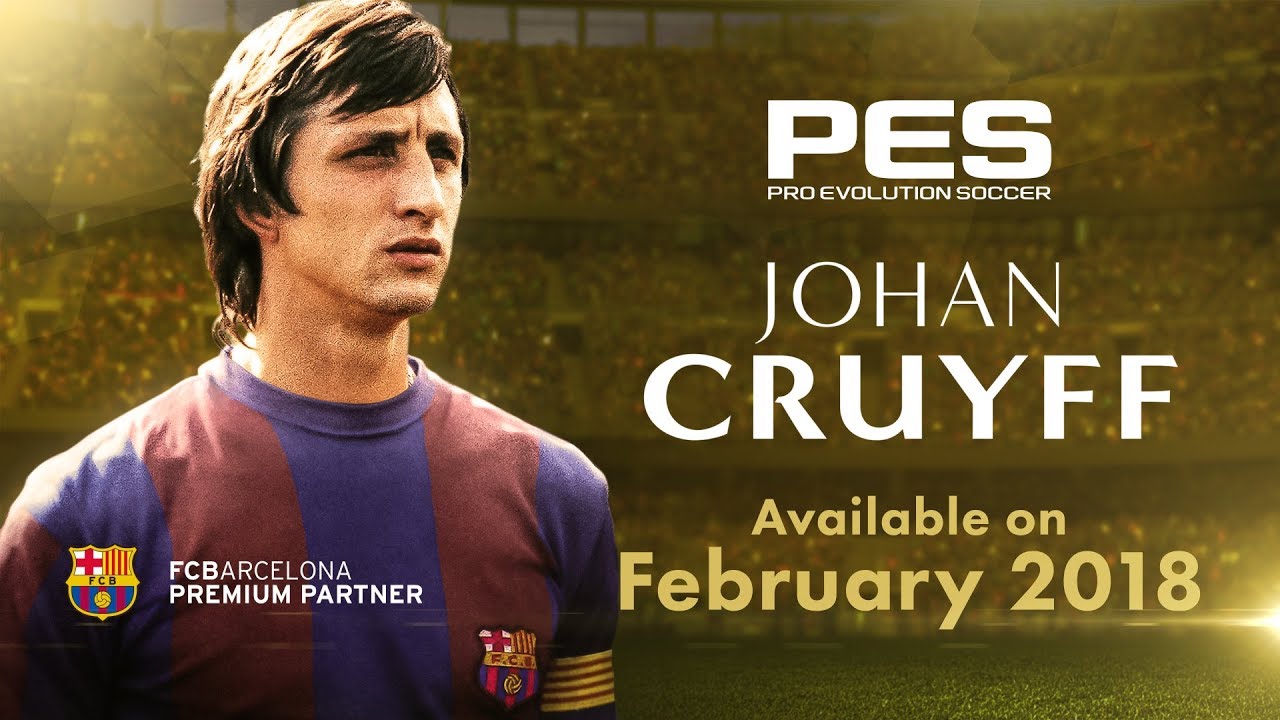 Konami Digital Entertainment B.V. announced that global football legend Johan Cruyff will appear in console and mobile games in the PRO EVOLUTION SOCCER series. To celebrate the return of one of the greatest players of all time, today sees the release of a special trailer that pays tribute to Cruyff’s unforgettable career.

Johan Cruyff made his professional debut in Holland in 1964. He went on to play for club teams across the world including in Spain and the U.S., winning a long list of titles including the Ballon d’Or in 1971, 1973 and 1974. Cruyff was also an iconic part of the Dutch national squad and was the most famous exponent of Total Football, a playing style credited with laying the foundation for modern soccer.

Cruyff’s incredible technique shocked the football world and is still celebrated today, with the trademark ‘Cruyff Turn’ a popular move in the PES series. Fans will now be able to recreate that technique in PRO EVOLUTION SOCCER 2018.

After retiring, Cruyff won four league titles in a row as manager of FC Barcelona, his legendary achievements continuing well after the end of his career as a player. Jordi Cruyff, the son of Johan Cruyff, comments, “I am proud that my father returns to the pitch in Pro Evolution Soccer, and I hope we can enjoy his performance in the game as much as so many people did on the field.”

Starting today, Johan Cruyff will also appear as the icon and the key visual for the mobile game PES CLUB MANAGER which will be marked by a special event.

Players can look forward to playing like Cruyff as he appears in the console and mobile versions of PRO EVOLUTION SOCCER 2018 soon.

Get ready to enjoy the dream showdown between today’s superstars and an all-time legend.