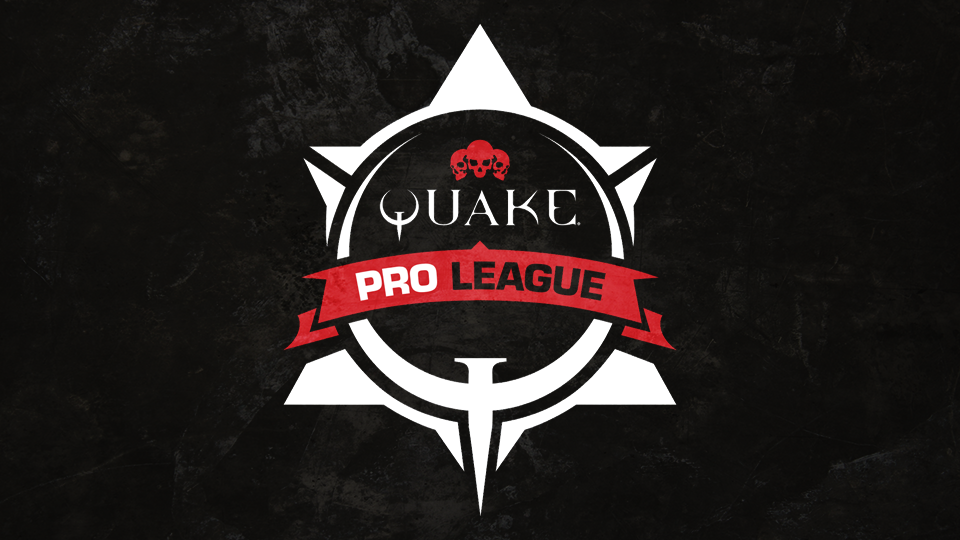 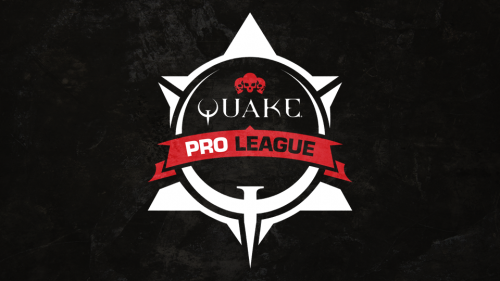 FACEIT, the leading competitive gaming platform and organizers of some of the largest esports events in Europe and North America are pleased to reveal that they will be running the brand new Quake Pro League from August 2019 through to August 2020 from the cutting edge FACEIT Studio in London. The Quake Pro League kicks off at QuakeCon 2019 and will see 20 pre-selected players face off in a year-long linear tournament structure with multiple opportunities for Champions to rise and rivalries to form. The entirety of the Quake Pro League will play out on the FACEIT platform as world class broadcast talent host the action live to fans around the world from the FACEIT Studio in Earlsfield, London.

The Quake Pro League is the latest advancement in a rich history of Quake and FACEIT. The leading competitive gaming platform created the popular FACEIT Sunday Cups which were broadcast live each week from the FACEIT Studio in a celebration for the Quake community that reinvigorated the competitive ecosystem. FACEIT also produced the highlight in the Quake calendar in QuakeCon 2013 and 2014, and hosted the FACEIT: Legends Cup on the platform, which invited eight legendary Quake players to compete. D.I.C.E 2016 and 2017 also featured the FACEIT QuakeWorld Tournament, which saw the gaming industry’s most influential figures compete in an exciting 1v1 tournament.

The Quake Pro League kicks off at QuakeCon 2019 and runs until QuakeCon 2020. The world’s best players—10 from NA/SA and 10 from EU/CIS—will compete at QuakeCon 2019 to earn their Global Ranking and begin their journey in the Quake Pro League. A new competitive mode, Timelimit Duel, has been tailor-made for the Quake Pro League to showcase the insane skill these diverse players possess, allowing for a wider margin of control and the chance for fan-favorite comebacks. Following QuakeCon 2019, the first league games on FACEIT will start in August with weekly online studio broadcasts every Sunday. Offline Major and Minor events will occur during November 2019; February 2020; May 2020; and conclude at Quakecon 2020. 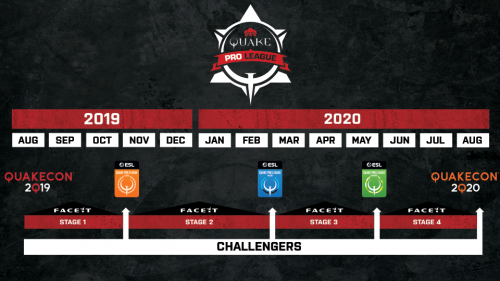 While the Quake Pro League will showcase the current best players in the world, hungry challengers will have their chance to unseat the pros in the Quake Challengers! Weekly online competitions on FACEIT, in parallel to the Quake Pro League are open to all players in NA, SA, EU, and CIS. The top four highest-ranked Challengers (2 from NA/SA and 2 from EU/CIS) in a stage will also be flown to offline events! These Challengers will receive guaranteed prizing and have the opportunity to unseat the lowest-ranked Quake Pros in regulation matches, thus taking their Pro League seat in the next stage.

“Quake is part of the bedrock of FACEIT. All Founders of the company were heavily involved in the Quake III competitive scene, and it’s the title that first ignited our passion for esports,” said Michele Attisani, Co-Founder & CBO of FACEIT. “Competitive Quake birthed one of the very first online esports communities, and we’re thrilled to be a part of this groundbreaking new league and to help shape the future of this iconic esport. We have huge plans for the broadcast from our innovative studio in London and we can’t wait to bring fans around the world a whole year of exhilarating Quake competition.”

To stay up to speed on the latest news from the Quake Pro League follow @FACEIT and @Quake on Twitter.