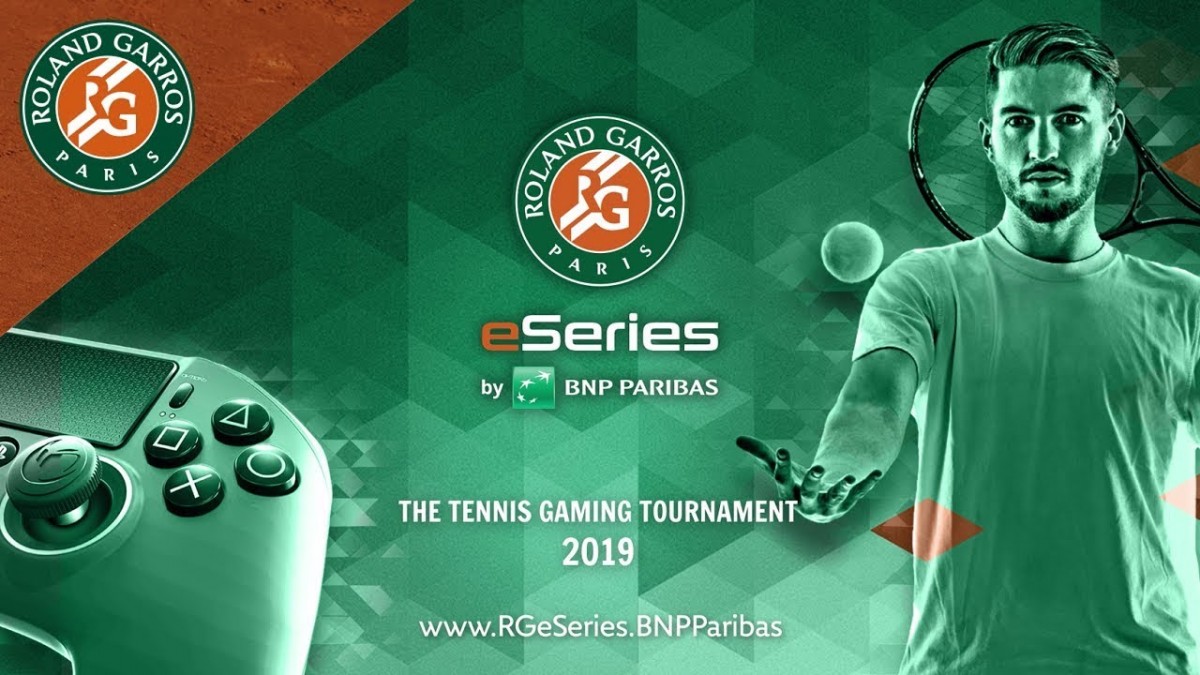 The qualifying rounds will be launched in ten different countries in February to decide which national champions will take part in the international final, which will be played during the Roland Garros tournament. Pretenders to the title can enter now on the official website: https://RGeSeries.BNPParibas

“Following on from the enthusiasm shown for the first Roland-Garros eSeries by BNP Paribas, we wanted to go one step further this year with the second edition of this international e-tennis tournament, to offer fans and gamers the best possible experience. I’m convinced that this new worldwide competition and its new features will incite great enthusiasm in participants from the competition’s ten host countries. We are proud to share this ambition with our partners BNP Paribas and BIGBEN, and are eager to get this new season started!” explained Stéphane Morel, Deputy CEO of the French Tennis Federation’s Marketing and Business Development department.

Qualifying rounds held worldwide for a spectacular international final
This year, the tournament is even bigger! Germany and the United States are joining the eight countries from the 2018 line-up: France, China, India, Brazil, Great Britain, Belgium, Italy and Spain. For this second edition, the Roland Garros eSeries by BNP Paribas is forging new bonds with the tennis world by organizing certain national finals off-court at some of the ATP tour’s tournaments, such as the Internazionali BNL D’Italia di Roma and the Open Parc Auvergne-Rhône-Alpes de Lyon. BNP Paribas will also host national finals in its premises in Shanghai, Bombay, Frankfurt and London.
The national qualifying rounds will be launched on the Tennis World Tour’s online mode on PlayStation 4, to open the competition up to as many people as possible. The eight best players in each country’s first qualifying phase will then come together in person to play a final qualifying round in their respective country. The winners of these national finals will be invited to represent their country in the grand final, which will decide the winner of the 2019 Roland-Garros eSeries by BNP Paribas.

Two special tournaments will be organized. One is reserved for registered members of the French Tennis Federation, and the other is an online tournament for members of the We Are Tennis by BNP Paribas platform. Held during the first week of Roland Garros, this tournament will decide who takes the last place in the final.

For the second year in a row, this international grand final will be held during the Parisian Grand Slam, with spectacular staging that is designed to immerse the participants in an atmosphere that echoes that of the most prestigious professional tournaments. The participants will share an exceptional cash prize of €10,000, half of which will be awarded to the winner!

Preview of the new Roland-Garros on Tennis World Tour
In this second edition of the tournament, the participants will play each other on a pre-release version of the latest Tennis World Tour – Roland-Garros Edition video game, which is due to be released on 16th May on PlayStation®4, Xbox One, Nintendo Switch™ and PC. It is a unique opportunity to discover the game’s new features, in particular the newly-renovated Philippe Chatrier court, centre court at Roland Garros.

“We are delighted to extend our partnership with the FFT and to support the RG eSeries by BNP Paribas for the second year running. For several months, the studio has been working on improving the gaming experience and enabling this tournament’s participants to play each other on the famous Philippe-Chatrier court that will feature in the Roland-Garros Edition of Tennis World Tour, which is due to be released in May. Eagerly-awaited by the community, this online competition is an integral part of the game, so we are delighted to be part of this fantastic tournament,” announced Thomas Carpentier, product manager at BIGBEN.

“The organization of this second edition of the Roland-Garros eSeries by BNP Paribas, in collaboration with the FFT, was a logical step for us. As a long-term sponsor of tennis, the bank has always supported the innovations developed in this sport, especially ones that concern the younger generations,” explained Vincent-Baptiste Closon, international sponsorships manager at BNP Paribas.
Follow all Roland-Garros eSeries by BNP Paribas updates live on Facebook, Twitter, YouTube and Instagram. For more information or to enter the qualifying rounds, please visit: https://RGeSeries.bnpparibas

About the Roland-Garros eSeries by BNP Paribas
Created in 2018, the Roland-Garros eSeries by BNP Paribas is the world’s first ever tennis gaming tournament. With qualifying rounds held in ten different countries, this tournament gives e-tennis fans from all over the globe the chance to play each other on the “Tennis World Tour” game, published by BIGBEN. Roland Garros is breaking round as the first Grand Slam tournament to organize this type of competition.