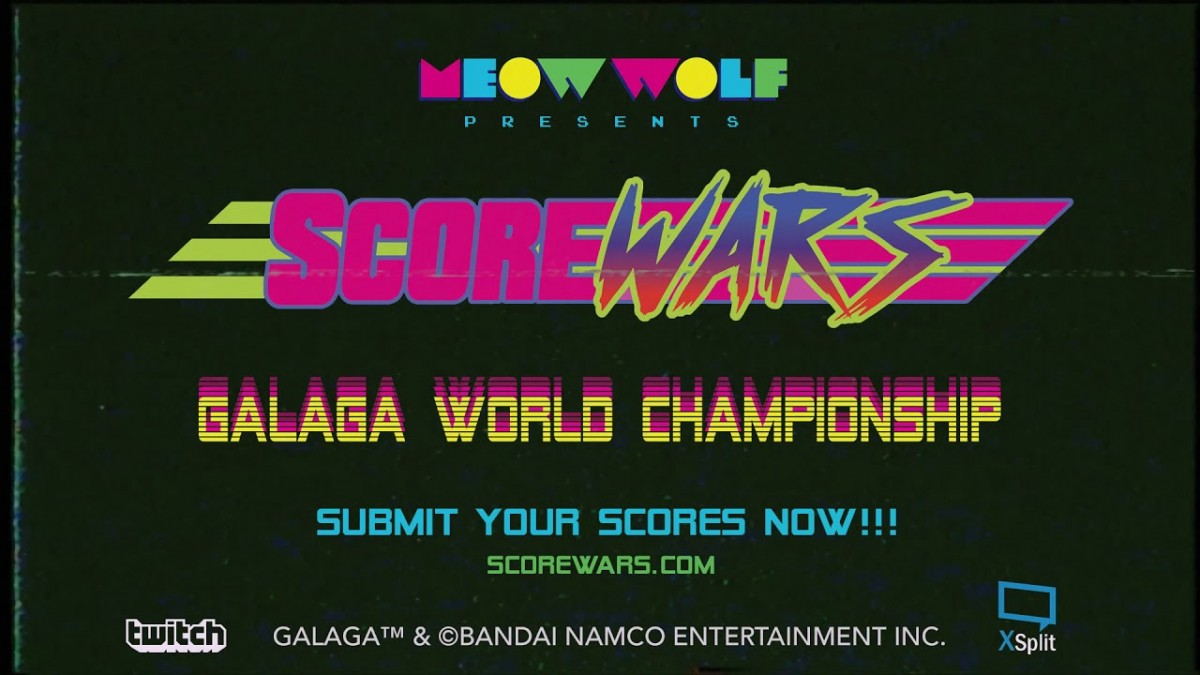 Internationally-renowned arts and entertainment group Meow Wolf will fire up its first annual live and live-streamed video gaming event SCORE WARS from Thursday, March 29 to Sunday, April 1, 2018 with a Galaga World Championship that will bring together the best players on the planet for an epic fourday throwdown to smash world records and crown a new world champ.

There are only two weeks left to qualify at www.scorewars.com for the opportunity to be flown to Santa Fe by Meow Wolf to compete for the $10,000 top pro-level prize against the world’s best. Pro contestants can submit as often as they like. Players with the top seven scores on March 1 will be transported to Meow Wolf’s legendary House Of Eternal Return in Santa Fe to challenge interplanetary Galaga masters including:

• Andrew Barrow of New Zealand: Barrow holds the world record for Galaga in Tournament Mode. He has broken his own record on numerous occasions. His current high score is 3,514,030.

• Andrew Laidlaw of The United States: On January 1st, 2011, Laidlaw set the world record score for Galaga on Marathon Mode. His score was 4,525,150. He took the title previously held by Philip Day.

• Philip Day of Australia: Day is an Australian artist. In November 2009 he scored 3,275,720 in Galaga on Marathon mode. He took the title from Andrew Laidlaw.

The SCORE WARS: Galaga World Championship action will be live-streamed to Twitch via live streaming specialists XSplit, who are known for producing major tournaments including the Capcom Pro Tour and Nintendo World Championship as well as partnering with leading video games publishers such as Devolver Digital and Twitch to produce live stages and content for the gaming community.

Get all the goods on SCORE WARS: Galaga World Championship and how to pre-qualify for pro level competitions at scorewars.com.