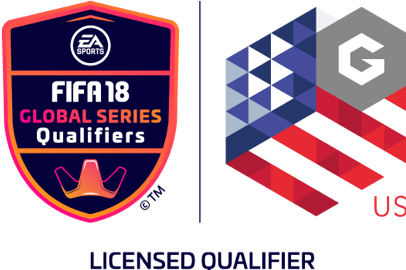 The tournament will showcase the top 16 video game players from the United States, Canada and Mexico competing on PlayStation 4 and Xbox One formats. The eight players on both PlayStation 4 and Xbox One who have earned the most G points (earned by playing and winning matches) will be invited to Disney for the finals and the chance to advance to the official FIFA eWorld Cup in August.
The Gfinity FIFA 2018 Spring Cup Live esports Finals will take place for the first time in the United States and represents Disney’s entry into the competitive esports industry.

“The live finals of the Gfinity FIFA 18 Spring Cup needed a venue designed for a first-class experience, and we couldn’t be more excited to have our event take place at ESPN Wide World of Sports Complex,” said Bryan Healy, Chief Strategy Officer of Gfinity. “Several of the online qualifiers have had success against Europe’s top esports pros, and we know the live finals will deliver two champions who can take the FIFA eWorld Cup 2018 by storm.”

The top 16 players competing for a place in the Global Series Playoffs have been ranked in order of final qualification position:

About Gfinity
Founded in 2012, Gfinity has established itself as one of the world’s leading esports companies.  The London-based business enjoys strong relationships with game publishers, players and the wider esports community and has built a solid reputation for delivering high-quality competitions, both online at www.gfinityesports.com and off-line, in addition to producing industry leading esports broadcasts.

The Gfinity Esports Arena at Fulham Broadway, London, is the home of UK esports showcasing regular tournaments across the full range of competitive games. Beyond its own tournaments, Gfinity provides a full turnkey solution for brands wanting to create their own esports tournaments and has staged premium esports events around the globe for leading publishers and brands including Formula 1, Microsoft, Activision, EA, Xbox, Gillette and HP.