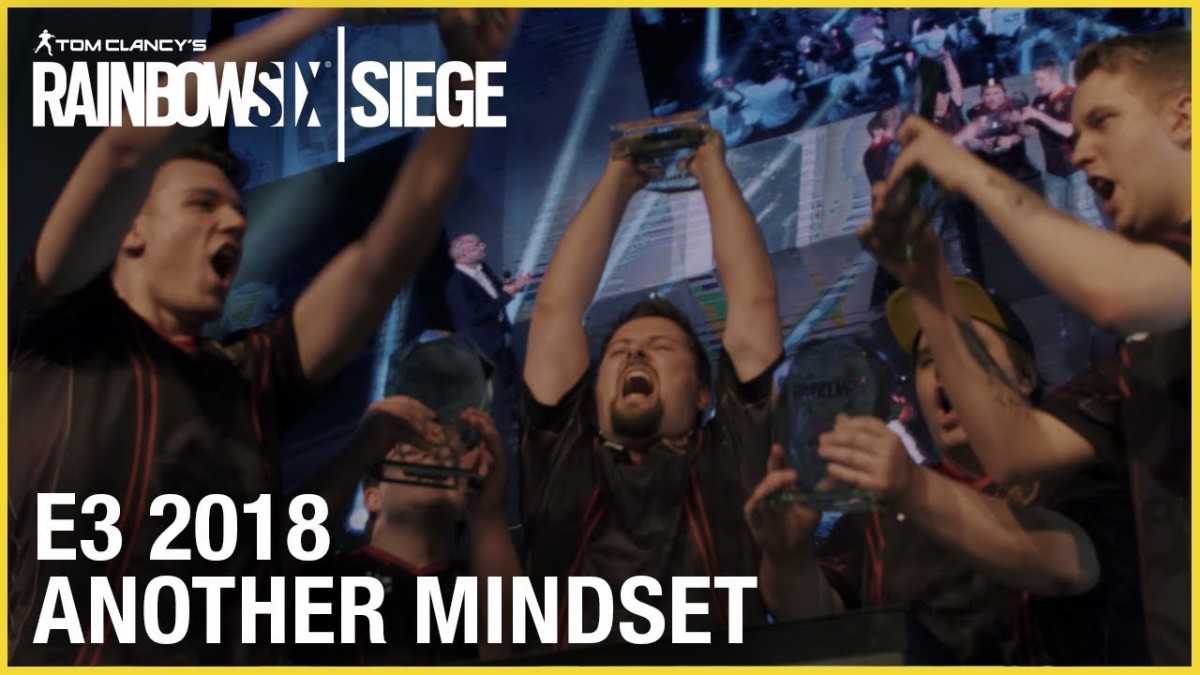 Two and a half years after its release, Rainbow Six Siege is 35 million players strong. Content creation is at an all-time high and its esport scene is reaching a state of maturity.

As Siege and its community continue to grow together, we took some time to tell the stories of some of its most famous and dedicated members. How did Rainbow Six Siege impact their lives? How did this game become more than entertainment for them?

These are the stories featured in ANOTHER MINDSET.

SYNOPSIS:
During 9 months, we followed 8 community members in their daily lives and at various Rainbow Six Siege events: The Pro League finals at GamesCom 2017, the finals in São Paulo and at the Six Invitational 2018. They are professional players, coaches, managers, commentators, analysts or Twitch streamers. To their families, they are Alexis, Nicolle, Niklas, Thomas, Alex, Niclas, Andre and Maciej. To millions of Rainbow Six Siege fans, they are Lil_Lexi, CherryGumms, Willkey, Shas, Z1ronic, Pengu, Meligeni and Macie_Jay.

The narrative focuses on each of their personal stories. It will explore why they sought more than entertainment in Siege and how they became respected members of the community. Throughout their journey, their paths will intertwine, leading to upsets, personal questioning, and moments of joy and pride.