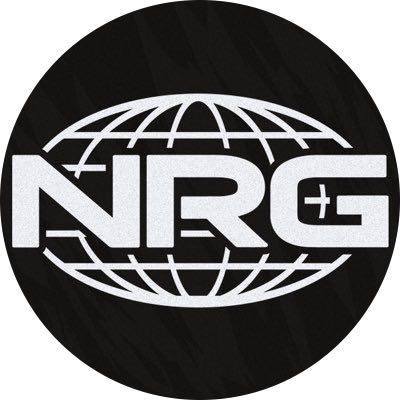 Turtle Beach  announced the Company has expanded its partnership with NRG Esports – a top esports organization fielding some of the best professional teams and players across Apex Legends, Call of Duty, Fortnite, Rocket League, and more. In January, Turtle Beach announced the initial partnership with NRG’s Chicago Huntsmen CDL Franchise, and this expanded agreement now includes more of NRG’s roster of teams and players, with Turtle Beach serving as their official gaming audio partner. ROCCAT, Turtle Beach’s PC brand, is now NRG’s official gaming accessories partner for keyboards, mice, and other PC peripherals. Led by Co-CEOs Andy Miller and esports luminary Hector “H3CZ” Rodriguez, NRG Esports‘ goal is to build winning esports and content teams. NRG Esports’ is bolstered by the company’s background and expertise across the gaming, traditional sports, and tech industries, and backed by investments from Shaquille O’Neal, Tiesto, Jennifer Lopez, Alex Rodriguez, and Marshawn Lynch, among others. “We’re excited to continue providing our best-in-class gaming headsets to Hector and NRG and look forward to working together to show PC gamers why ROCCAT is the PC brand they should be paying attention to,” said Juergen Stark, CEO, Turtle Beach. “Hector’s been part of the Turtle Beach family for years, and now with both Turtle Beach headsets and all our ROCCAT PC gaming accessories, we can continue working with him to provide more of NRG’s players with the best gear, and will be able to create more great content for gamers on all platforms.”

Through its partnership with Turtle Beach, NRG Esports’ teams are using some of the best gaming gear available today. Players will be using a variety of both brand’s award-winning headsets, mice, keyboards, and more, including Turtle Beach’s Elite Pro 2, Elite Atlas, and wireless Elite Atlas Aero headsets, as well as ROCCAT’s Kone Pure Ultra lightweight mouse, all-new Kain series gaming mice, and latest Vulcan series mechanical gaming keyboards. Additionally, Turtle Beach will be working directly with NRG’s players to create a wealth of unique, engaging, and fun content for fans, as well as working with them to build their insights and competitive knowledge into future products.

“I’m thrilled to bring NRG, Turtle Beach, and their new PC brand ROCCAT together this year,” said Hector Rodriguez, Co-CEO, NRG Esports. “I have such an incredible history working with Turtle Beach and wanted to bring that legacy with me as I started my new journey with NRG.”

Turtle Beach is the world’s leading console gaming headset maker. The Company recently announced 10 consecutive years of annually selling more gaming headsets than any competitor, and since 2010 it has sold over 34 million console gaming headsets in North America alone. The brand is known for creating high-quality gaming headsets for all types of gamers, and its Elite series headsets offer hardcore and pro gamers nothing but the best in sound quality, mic performance, and comfort. ROCCAT was acquired by Turtle Beach last year and is now the Company’s PC accessories brand. ROCCAT is known for combining detail-loving German innovation with a genuine passion for PC gaming, and has a history of creating award-winning accessories like the acclaimed Kain mouse – recently named “The overall best gaming mouse available today” by T3, and Vulcan keyboard – named Best Gaming Keyboard of 2019 by WIRED.

NRG is a global leader in gaming that fields some of the most popular and successful rosters in APEX, Fortnite, Rocket League, and Super Smash Brothers. In 2019, NRG Fortnite brought home over $3 million in combined prize money, including two top-four placements in the Fortnite World Cup, won the Rocket League World Championship, and picked up nine first place finishes in APEX and three in Super Smash Brothers Ultimate. Founded by former Apple executive and co-owner of the Sacramento Kings, Andy Miller and 24 Hour Fitness founder Mark Mastrov, NRG is backed by a roundtable of experience and expertise stemming from traditional sports and tech industries alike; with investment from Shaquille O’Neal, Tiesto, Jennifer Lopez, Alex Rodriguez and Marshawn Lynch.