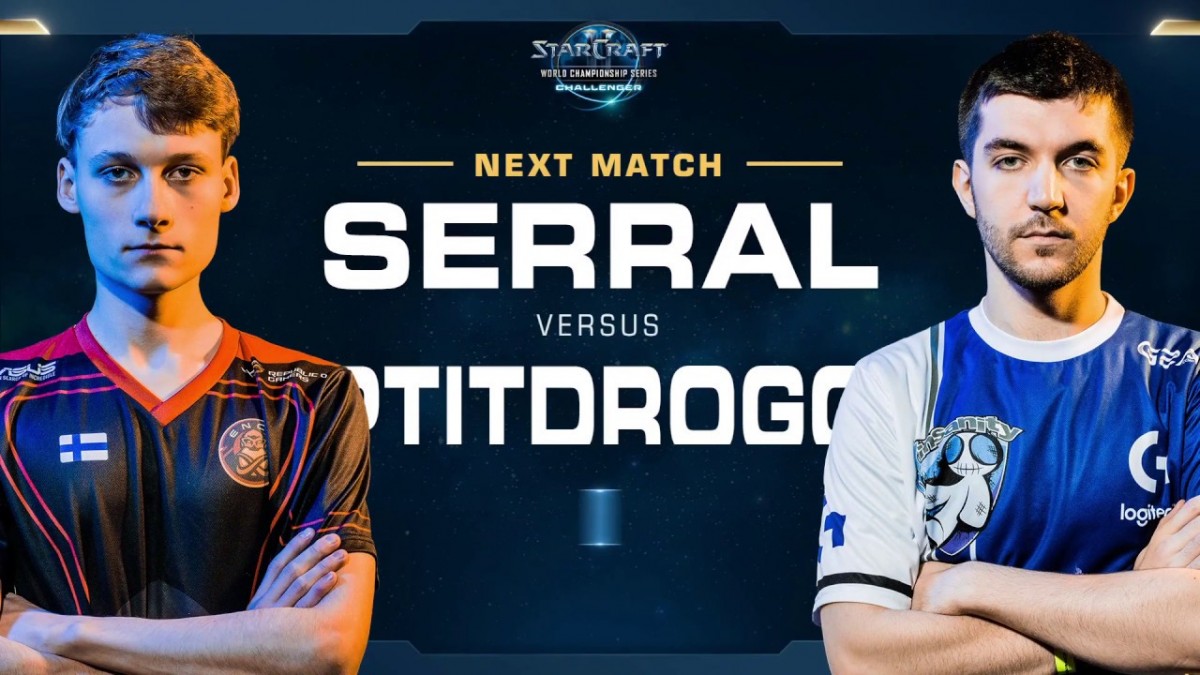 With just one weekend remaining for WCS EU Challenger group play, we continue to inch closer to defining the top StarCraft 2 player in Europe.

Six of the eight quarterfinalists have been decided, with Joona “Serral” Sotala and Théo “PtitDrogo” Freydière rising to victory in Group C over Aleksandr “Bly” Svusuyk and Matic “Starbuck” Dejak.

For many, the most exciting player of Group C last weekend was the Finnish Zerg player, Serral. As he continues to assert his dominance in the European StarCraft II scene, some fans have been wondering if there are any players who could truly challenge Serral’s talent. While his perfect map score shows that Serral is worthy of this praise, PtitDrogo managed to make the Finn seem vulnerable, if only briefly.

In Game 2 of their winners match, PtitDrogo managed to catch Serral off-guard with a huge Adept-Glaive push on Acid Plant. After planting a misleading Nexus for Serral to scout at his third base, PtitDrogo cut workers and invested in Adepts, walking across the map as his Glaive upgrade finished. PtitDrogo managed to pick off several Queens and Drones but was unable to continue the attack without a Pylon or Warp Prism available for reinforcements. He unfortunately then Shaded his remaining Adepts on top of Serral’s counter-attacking Roach force, spelling the beginning of the end. For a moment though, however brief, PtitDrogo showed that Serral is more vulnerable than we may have thought.

The action continues this weekend, with Group D taking place on April 29th. Mikołaj “Elazer” Ogonowski, Kevin “Harstem” de Koning, Ilyes “Stephano” Satouri, and Grzegorz “MaNa” Komincz will fight it out, in what some may refer to as WCS Challenger EU’s Group of Death. Each competitor in the group has been a StarCraft II tournament champion in the past, the most recent being Elazer who 2017’s WCS Valencia.

Zerg players Elazer and Stephano will have the benefit of recent training in Korea, with Elazer managing to qualify for this season of GSL Code S. Stephano is widely held to be the ultimate competitor in European StarCraft history, but has struggled to return to top form in recent years. Could their training and experience in the Korean scene be enough to push Elazer or Stephano to the top of Group D?

The Dutch Protoss Harstem has recently reaffirmed that he belongs among the best players in the world, taking a game from Lee “INnoVation” Shin Hyung, the Korean Terran who ranks among the world’s best players, in the NationWars V tournament. He will undoubtedly be hungry for victory in this highly competitive tournament.

MaNa, a Protoss player from Poland, has fallen from the limelight in recent years but has remained a fan favorite and a player with great potential nonetheless. Considered by many to be the underdog in this group, if MaNa were to advance to the quarterfinals ahead of the others in Group D, he would send a huge message to the rest of the European scene.

The action continues April 29th with the last series of group matches in WCS Challenger before we get to the playoff bracket. Don’t miss the action as four of the best players in the European StarCraft 2 scene fight for their share of $10,000 USD, 1000 WCS Circuit points, qualification for WCS Austin, and the right to call themselves the strongest player in Europe!