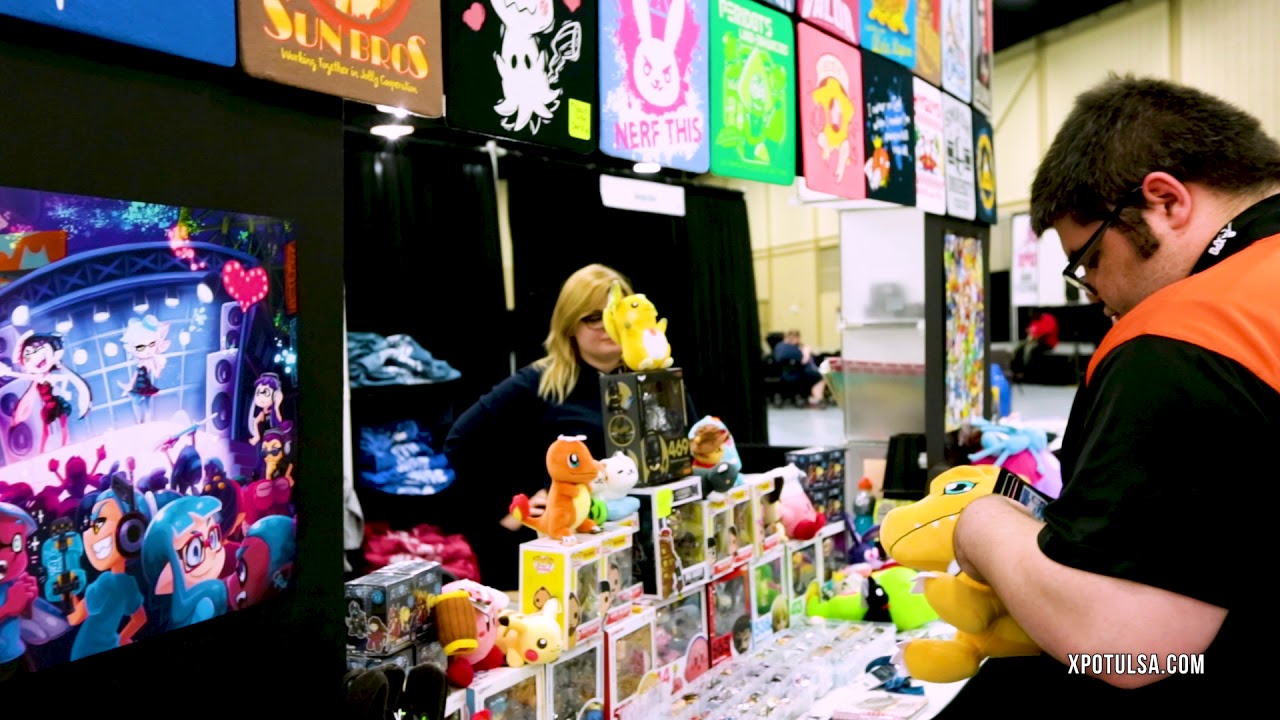 VisitTulsa is proud to announce an expanded lineup of attractions and entertainment at the XPO Game Festival this weekend:

First off, XPO’s newest sponsor – Osage Casino – will present a number of eSports tournaments at the show!

Tournaments for League of Legends, Overwatch, Hearthstone, Rocket League, and Halo 5 are being managed by Oklahoma eSports, and registration is open to the public:

XPO is also excited to provide a $10,000 prize pool for the League of Legends tournament, in addition to prize money for all competitions.

Console fighting game tournaments for Super Smash Bros. 4 and Capcom vs. Marvel: Infinite are being managed by Dragonslayer Games and Game Over entertainment. Registration for these tournaments is available onsite only.

Building on the success of last year’s event, XPO 2017 boasts a jam-packed lineup of entertainment, attractions, and activities – including a retro lounge, tabletop play, laser tag, VR showcase, indie alley, musical acts, and professional cosplayers. Attendees have much to look forward to October 13-15 at the Cox Business Center in Tulsa, Oklahoma!

“We’re excited to have Osage Casino on board as a presenting sponsor for our eSports tournaments. We’ve been working hard to create a bigger and better experience for our attendees – and our lineup of entertainment and attractions is proof of this. Every facet of game culture will have a spotlight at XPO!”

LIVE MUSIC
This year’s XPO Game Festival will also highlight some of the best in music – providing entertaining performances from Bit Brigade, The Returners, Heatbox, and Metroyd Myk:

9:00-10:00pm
The Returners
Everyone’s favorite game music played like never before – from Zelda to Undertale.

7:00-8:30pm
Heatbox
The definition of “a one man show,” Heatbox takes the stage to deliver an incredible beatboxing performance. Get ready for both popular gaming tunes and original songs from this superlative indie artist.

8:30-10:00pm
Bit Brigade
Speedrun rockers Bit Brigade return to XPO for an encore performance. Attendees will get to watch them speed through classic Nintendo games while playing the soundtrack live! On the menu this year: Castlevania, Batman, and … DuckTales!

Registration for all League of Legends, Overwatch, Hearthstone, Rocket League, and Halo 5 eSports tournaments is available through Oklahoma eSports:
http://www.tournaments.oklahomaesports.com

Attendees can sign up onsite for Marvel vs. Capcom: Infinite and Super Smash Bros. 4 tournaments – along with other activities such as the cosplay contest and tabletop play.