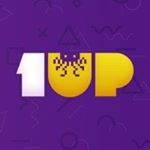 1UP conference is the go-to event for gaming enthusiasts. Whether you like playing games or you are in the business of gaming, this conference is for you. Get inspired, connect with fellow game enthusiasts and check out the latest and greatest in the videogame landscape.

What: Two days filled to the brim with all things gaming. A conference, an exhibit and the Belgian Game Awards.

1UP Conference is the meeting place for all people in the gaming business. If you’re a game developer, publisher, student or investor, this fully packed program is for you! Be ready for:

More names to be announced soon!

Mentor sessions where you can get useful feedback from or ask questions to:

Belgian comedian William Boeva will be acting as host of the day and right after the conference, 1UP are hosting the Belgian Game Awards 2019, ending the night with an epic party!

This is THE event for the best of the best to showcase their achievements. With this award ceremony we want to raise awareness of the Belgian Games Industry. The top developers and studios from around the country will gather to celebrate their successes together as one! Be the first to discover the winners! Belgian comedian William Boeva as host of the award show.

The Belgian Game Awards 2019 ceremony where we put the top Belgian game talent in the spotlight.

Networking with fellow game enthusiasts
Get your groove on during the 1UP branded afterparty!