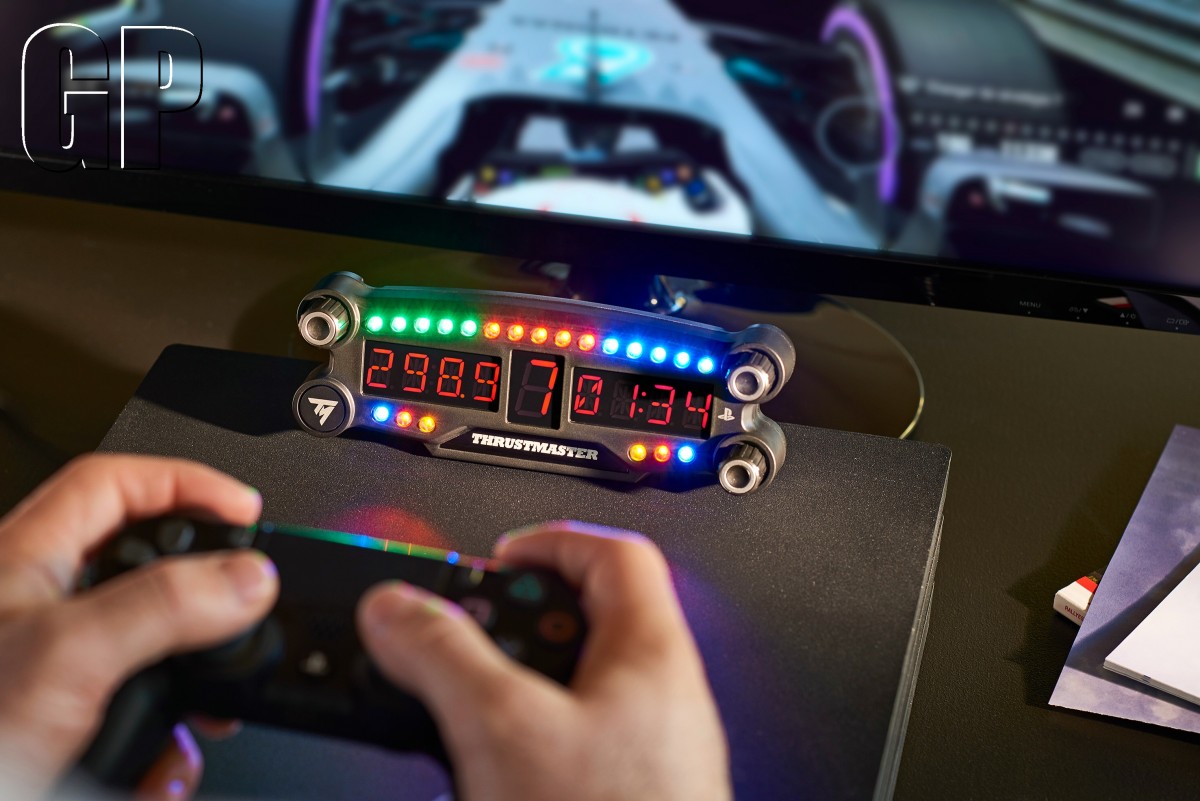 Thrustmaster expanded its racing ecosystem for PlayStationâ4 (PS4™) systems with a ground breaking Bluetooth LED display unit, which competitive racers can position wherever they like in order to have all vital information right in their field of vision: the BT LED Display. 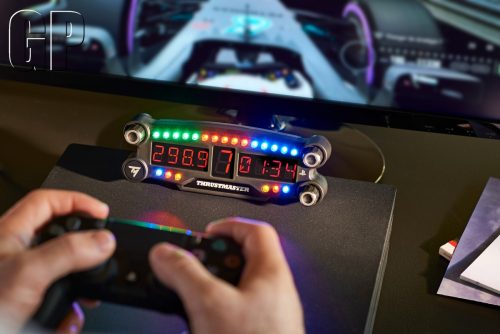 Get key data at a glance

The BT LED Display has been designed for all racing fans on PS4™ systems – both racing wheel owners, and DUALSHOCKâ4 Wireless Controller users. Thanks to its handy LEDs and displays, it lets racers view all of the most important information in the same place, for enhanced performance: engine speed (tachometer/revolutions per minute), lap in progress, current gear, time… It’s the first display equipped with Bluetooth wireless technology, officially licensed for PlayStationâ4 systems.

Depending on the configuration of their gaming space, users can position the BT LED Display wherever is most convenient for viewing the selected information – no wires, no distance constraints. With the BT LED Display, it’s all about being fully immersed in the game… with no distractions!

The first PS4™ game publishers to have adopted the product and pushed the envelope with this innovative concept bear testament to the level of interest surrounding the BT LED Display. “We are delighted to be able to support the new BT LED Display. Thrustmaster has created a great solution that further immerses our PS4™ players into our racing games,” states Andy Gray, eSports and Brand Partnerships Manager at Codemasters. “Both F1 2017 and DiRT 4 support the device and it gives players a wide variety of easy-to-view information that will be extremely helpful and a big advantage.”

Sébastien Waxin, Marketing Project Manager on Racing Games at Bigben, agrees. “The BT LED Display offers you a great advantage while playing WRC 7 on the PS4™ system. It really helps you to get the perfect timing for shifting but also to check your time and performance during a stage. For top players, having this advantage in WRC 7 will allow them to save precious tenths of a second and make the difference.”

All the information you need is right before your eyes
The BT LED Display features Bluetooth wireless technology and is officially licensed for PlayStationâ4 systems. It provides a wide array of key information at a glance, along with easy-to-access controls:

The BT LED Display features a lithium-ion battery, for between 24 and 48 hours of use on a single charge. It can be recharged using a micro-USB cable*, like the one used for charging the DUALSHOCKâ4 Wireless Controller.