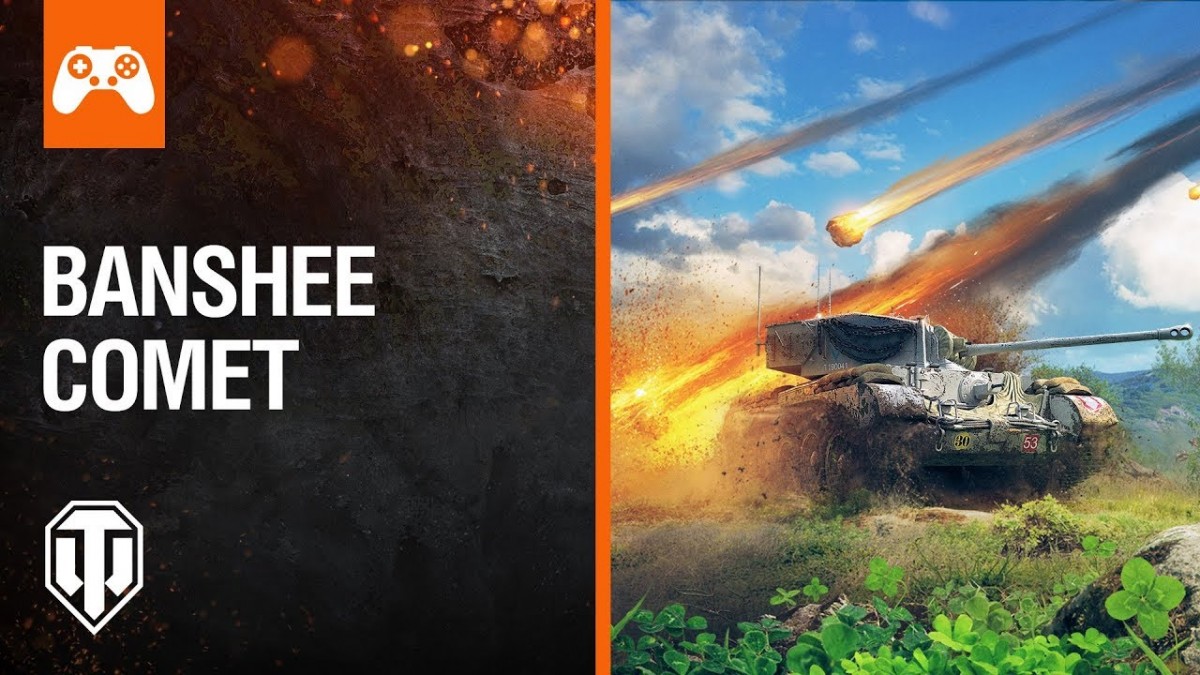 Award-winning online game developer and publisher Wargaming brings the luck of the Irish to players of World of Tanks on PlayStation®4, Xbox One and Xbox 360 this month. World of Tanks Console is one of the most popular free-to-play games, featuring team-based massively multiplayer online action dedicated to armored warfare in the mid-20th century. Beginning March 16, 2018, a new series of in-game events, new content and special missions will release for World of Tanks across consoles to celebrate St. Patrick’s Day and the March Madness college basketball tournament season.

To kick off Wargaming’s March celebration, this St. Patrick’s Day players can look forward to the very special The Luck of the Irish Op. The Op will run over the weekend from March 16 – 18, 2018, and unlocks the opportunity for commanders to earn free War Chests packed with a random selection of treasure and goodies for every ten battle victories they secure.

World of Tanks’ latest Premium Hero also comes from the Emerald Isle. Available until April 2, the Banshee Comet is an Irish soldier that puts an interesting and unique spin on a true fan favorite. Taking its name from a mythological creature found in Irish folklore, the Banshee Comet combines incredible mobility, devastating impact power and pinpoint precision. Early adopters can benefit from an exclusive Op included with all Banshee Comet bundles, which gives a 25% boost to Crew XP earnings to every tank while active.

On the competitive front, eight nations will battle it out online in the Tank Madness tournament, featuring single eliminations and team-based competitions each and every weekend throughout March. Czechoslovakia takes on China in a David vs. Goliath showdown from March 16 – 18, with Sweden duking it out with the United States of America in the final bracket from March 23 – 25. Players can join the fray every weekend for the chance to earn Silver currency, Premium time and access to additional special Ops. And for commanders who can’t get enough of Tank Madness, the Final IV tournament awaits at the end of the month and lasts from March 30 – April 1. This special competition pits the victors from each bracket in March against each other. Commanders who back the winning team can look forward to flying the flag for that nation, with a Hero Flag tank available as the ultimate prize.

And last but not least, warriors from the east will join the World of Tanks store later this month. Mighty Chinese vehicles — the WZ-120-1G FT and WZ-111 — take the battlefield by storm starting March 20. The WZ-120-1G FT boasts high speed and heavy armour, for players looking for high agility and defensiveness in battle. The WZ-111 follows as a fast and furious heavyweight, rocking an almighty weapon that’s primed for maximum damage in the thick of battle. These tanks are available together in a Mega bundle, or separately in Ultimate, Loaded and Base bundles, and will wage war until April 9.

World of Tanks on console is one of the most successful Free-to-Play titles globally with more than 14 million players across the PlayStation and Xbox platforms. It continuously raises the bar in terms of quality and content by adding new seasonal game modes, campaigns, operations, and of course, maps and tanks to the game. The recently released War Stories extension of World of Tanks offers more than 12+ hours of single-player and co-op battles for console gamers, in addition to the game’s famously captivating and highly-tactical online 15-vs-15 competitive PVP modes — Standard Battle, Encounter, Assault and Team Destruction.

For more details on the Luck of the Irish Op, visit:
https://console.worldoftanks.com/news/game-events/up-all-night-to-get-lucky

For more details on the Banshee Comet, visit:
https://console.worldoftanks.com/news/general-news/deep-impact

World of Tanks Console is played by more than 14 million players worldwide, and is available for Xbox 360, Xbox One and PlayStation 4. Cross-platform play and team chat enables players on every single Xbox platform, including all Xbox One editions and the Xbox 360, to battle together and compete alongside players from across the world. Players can also seamlessly share their progress and content between all Xbox platforms through a single Xbox Live account. World of Tanks Console can be downloaded for free by all PSN and Xbox Live account holders, with stunning 4K resolution and HDR support on PlayStation 4 Pro and Xbox One X. The epic, story-driven campaign mode, War Stories, can also be played for free, with regular, brand new episodic stories giving players the chance to revisit or rewrite history. Currently there are five War Stories available, offering for the first time in the history of the World of Tanks franchise more than 12 hours of stunning, immersive single-player and co-operative battles.