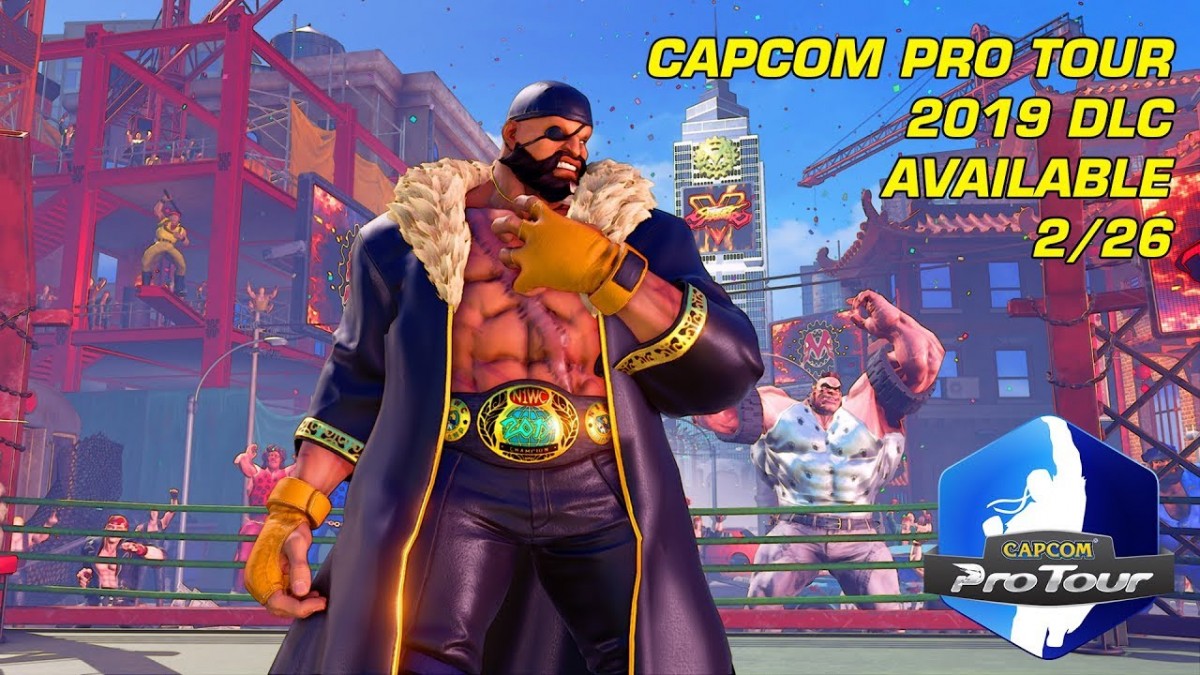 Hello World Warriors! We’re just a few weeks away from the kick-off of the Capcom Pro Tour 2019 (CPT) at Final Round in Atlanta, GA. With a new competitive season in Street Fighter V: Arcade Edition comes an all-new set of CPT-themed DLC content for 2019 set to release tomorrow!

Each year, the CPT DLC introduces a specific competitive stage (Ring of Destiny in 2016, Ring of Pride in 2017, and Ring of Power in 2018.) Each stage has its own unique qualities and this year’s new stage, Ring of Justice, is no different. You might recognize some familiar faces in the background.

The CPT 2019 DLC features new costumes for three characters: all-new Kage and Sagat costumes and the Champion’s Choice costume based on a design inspired by Capcom Cup 2018 champion Gachikun to be revealed and released at a later date.

The Ring of Justice stage and three costumes can be purchased separately or as a bundle. In addition to those items, fans who purchase the bundle will receive custom CPT 2019 titles, player profile cards, new colors for characters from all previous and current seasons, and 10,000 in-game Fight Money.

The following items are available with the CPT 2019 Premier Pass only:

We expect another fantastic year of competition in SFV:AE and if you need a refresher, you can catch up on all of the changes for 2019 and the up-to-date schedule, which includes new Super Premier Events, and a revised CPT points matrix. See you at Final Round!