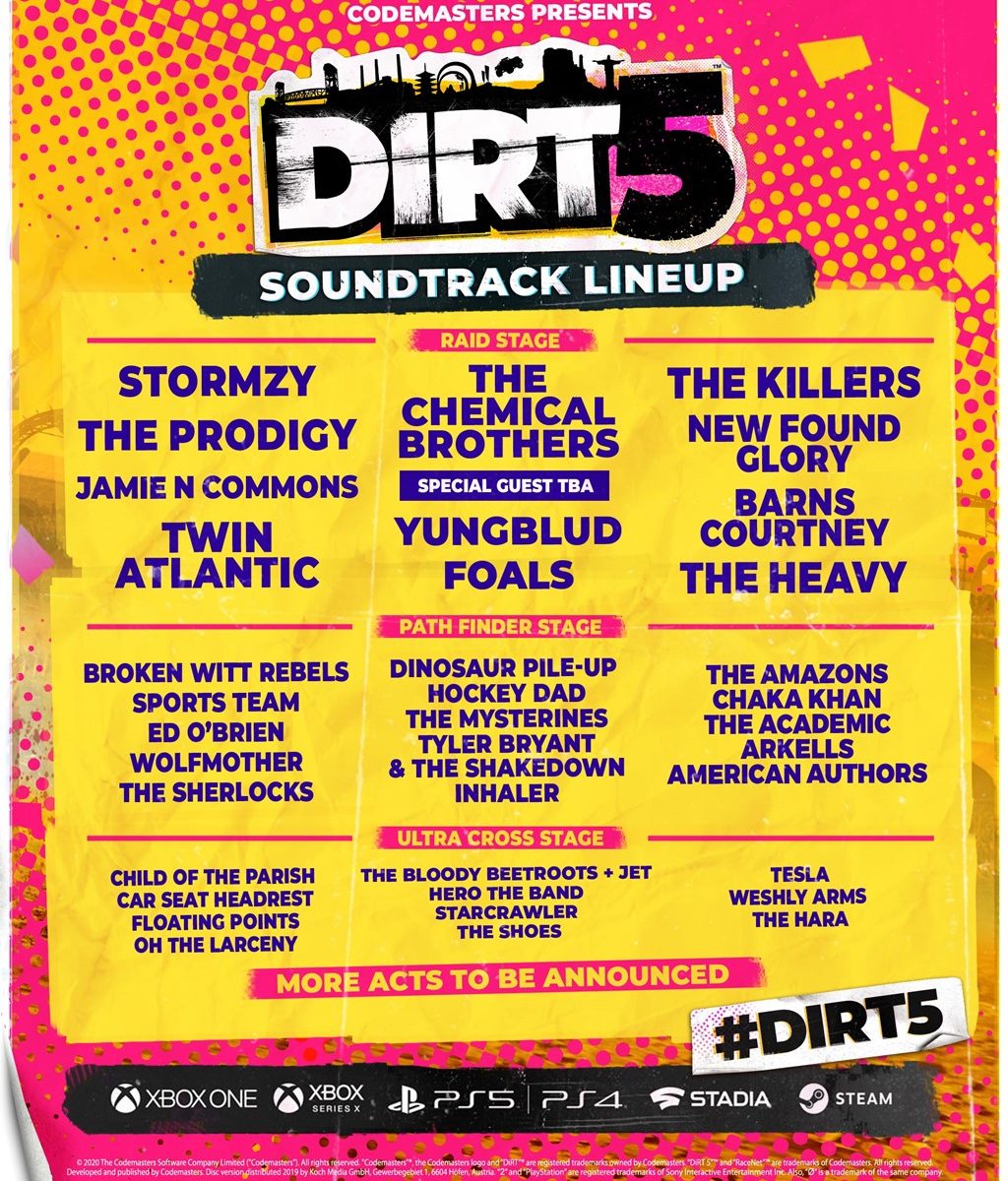 Codemasters® allows fans to get a feel for DIRT 5™ with the reveal of the official in-game soundtrack. With some hidden gems yet to be announced, DIRT 5 currently features 40 tracks spanning multiple genres and generations. From global superstars The Killers, The Prodigy and Chaka Khan, to British artists bursting onto the music scene such as YUNGBLUD, Sea Girls and Broken Witt Rebels. 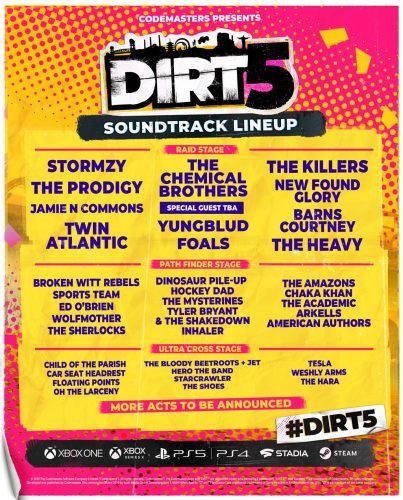 Players can enjoy a sample of the music via the official DIRT 5 Spotify playlist, found here – https://spoti.fi/39WbKNr

The in-game soundtrack creates a festival vibe delivering the perfect off-road playlist. Whether scaling rough terrain in a rock bouncer or sliding a Rally GT across a frozen lake, DIRT 5 provides the perfect audio backdrop to get hearts pumping and adrenaline racing. The soundtrack features:

Codemasters has also partnered with Globe and Universal Music UK for an official soundtrack featuring new music, exclusive to DIRT 5. Artists include Sea Girls, Broken Witt Rebels, High Contrast, NOISY, KOKO, Prospa and Saronde. The OST will be available via music streaming platforms to coincide with the release of the game.

“DIRT 5 is innovating the racing category, delivering a next-generation experience while taking inspiration from previous DIRT titles,” said Stephen Root, VP of Development Creative Services at Codemasters. “The soundtrack follows the same principles with the vibrancy of the new, and a nod to the previous generation with exciting fresh music from established global icons.”

“We are delighted to continue our partnership with Codemasters,” said Greg Turner, Senior Creative Licensing Manager at Globe, Universal Music UK. “We have worked closely with the artists involved to deliver a unique soundtrack you won’t be able to hear anywhere else.”

DIRT 5 will be released on Friday 16 October 2020 for Xbox One, PlayStation 4 and PC, followed by Xbox Series X and PlayStation 5 later this year. A Google Stadia version will release in early 2021. Players who purchase the Amplified Edition will receive exclusive content and three days early access. The game supports both Xbox Smart Delivery and PlayStation’s free upgrade when players switch to an Xbox Series X or PlayStation 5.