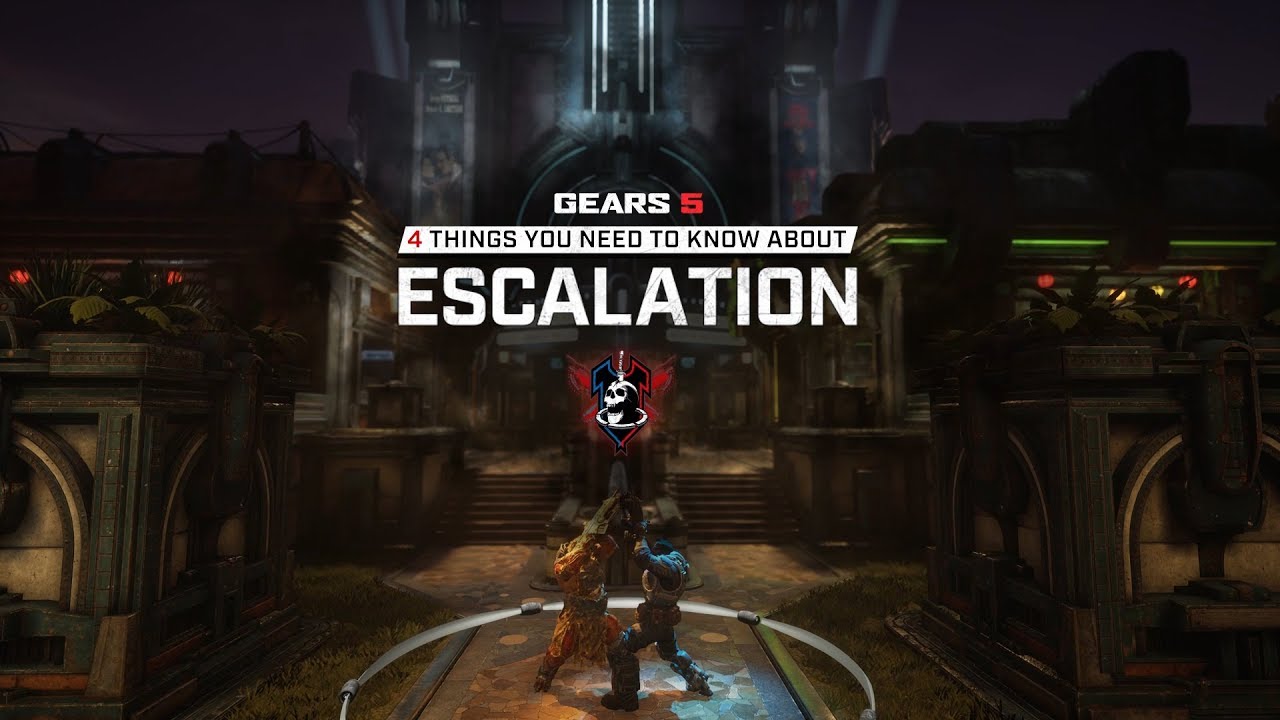 Gears Esports is a showcase of the raw, visceral intensity epitomized by the Gears of War franchise, and a celebration of the uncompromising legion of fans that make up its unparalleled community. Since moving to The Coalition in 2016, competitive Gears of War has ascended from modest ballroom affairs to major international events around the world. Now, together with premier esports operator PGL, The Coalition is excited to introduce you to the next chapter of Gears Esports.

The Gears 5 Esports program will provide more opportunities for players of all skill levels from around the world to compete for fun and fortune in a season boasting more than $2 million worth of prizing.

The 2019-2020 Gears Esports season will be divided into four quarters, each capped off with a major international event. Beginning September 22nd, teams from around the world will be invited to compete online for cash prizing and travel coverage to major events, where they’ll have the opportunity to compete against the best in the game for massive prize pools and the prestige of being crowned a champion. Keeping in step with previous seasons, the Gears 5 Esports program will be open to everyone, meaning anyone can play and anyone can win, and with travel coverage spots dedicated to each region – North America, Latin America, Europe, South America and Asia-Pacific – there’s now more opportunity than ever to cement your legacy in the annals of Gears Esports history.

After registering on the brand new online platform, players will be able to create and join different teams, or register for multiple competitions as a single team. While the online platform will play host to numerous different online and live events throughout the season, the core of the program will be anchored by regional online ladders and tournaments, and exclusively played on Gears 5’s updated Escalation game mode.

Every week teams will compete in online tournaments for ‘Challenger Points’, which are accrued by teams rather than individual players. In addition to these weekly tournaments, teams will have the opportunity to compete in ladders, which will not award any Challenger Points but operate 24/7 and use an ELO system to determine rankings (click here for more info). The first weekly tournament will take place on September 22nd, with all regional Ladders kicking off the following day. To maintain points and/or rankings, teams will be required to abide by certain roster restrictions (click here for more info).

At the end of each quarter, the team with the most Challenger Points in each region, and the winner of a double elimination playoff between the top six teams on each regional ladder, will be awarded travel to that quarter’s major event. If a team is unable to travel, they may opt to take a set cash award instead (click here for more info). After every major event the ladder and Challenger Points standings for each region reset, opening the door for new teams to establish themselves as the best in their region.

Pro League Qualification will be open to all players 17 years of age or older in North America, Europe and Latin America. In the first quarter, qualification will take place over the course of four weeks, during which time teams will compete in weekly tournaments and ladders. At the end of the qualification period, three spots for each division will be awarded to the teams with the most Challenger Points from the weekly tournaments, while the final spot will be awarded to the winner of a double elimination playoff between the top six ladder teams. In North America, six of the total eight spots will be awarded based on Challenger Points standings, and both the final Winner Bracket and Loser Bracket teams will qualify from the Ladder playoff (click here for info)

Once the Pro League divisions have been established, every team will play every other team in their division twice over the course of six weeks for cash prizing and seeding considerations in that quarter’s major event. Following the major event, the bottom placing teams from each division will be forced to re-qualify for their spot against the top teams from their region (click here for more info).

Upon qualifying for the Pro League, all teams are guaranteed cash prizing, travel to the next major event for all five players and their coach or team manager, along with abundant opportunities to showcase their talents on the international stage (click here for more info).

In addition to regular online competition, the 2019-2020 season will have a number of live events, including four major international opens, regional events with cash and travel prizing only open to non-Pro League teams, and local competitions hosted at Microsoft Stores (click here for more info).