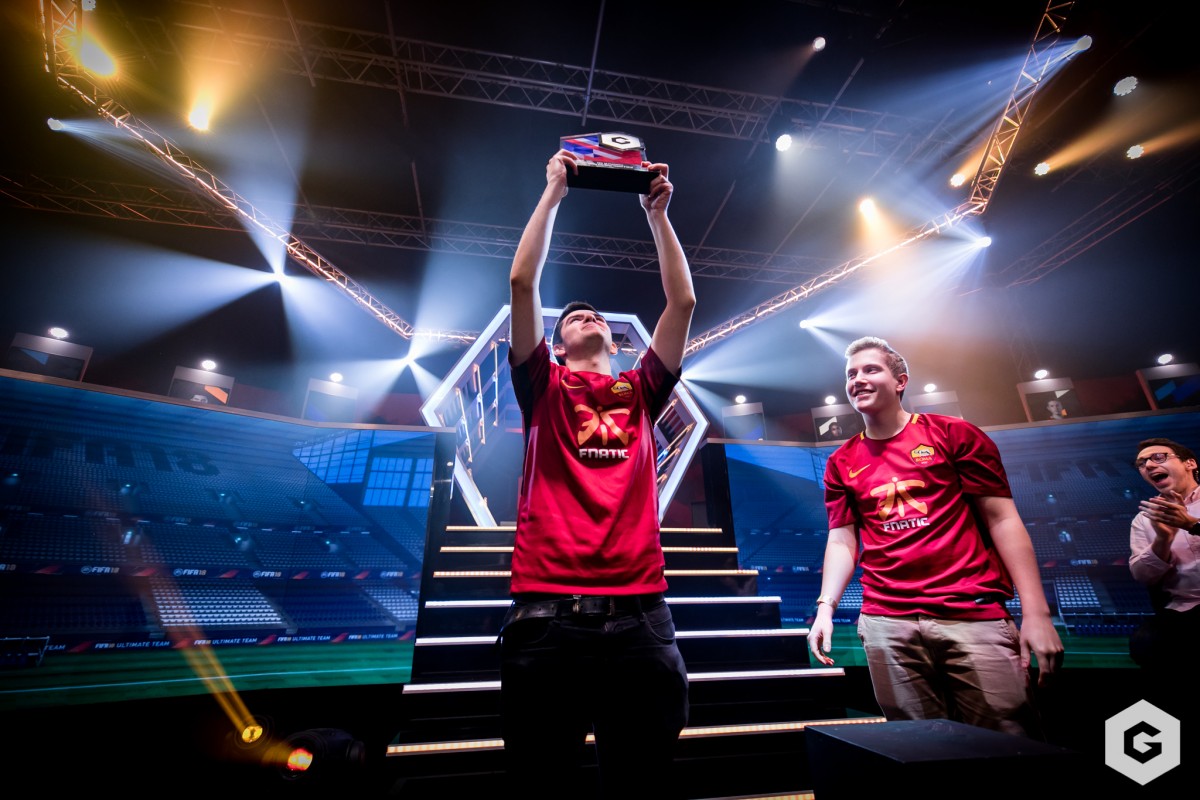 The Gfinity Elite Series Season 3 FIFA 18 tournament culminated at the Gfinity Arena in London and broadcast live on Facebook, with team FNATIC emerging victorious after a nail-biting final with UNILAD. They take home the coveted Elite Series trophy and a share of the £250,000 prize pot. 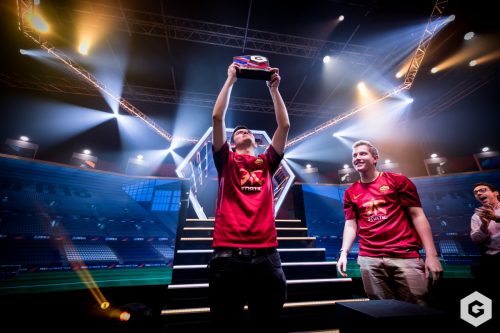 It was an epic evening for our FIFA 18 fans, with both the Semi-Finals and Final occurring on the same day. The first Semi saw a high stakes battle between two teams from opposite sides of the pond, with Team Envy (USA) taking on esports veterans FNATIC (UK). Envy (Marvyn ‘Aero’ Robert) took the lead in the opening game late in the first half, going into the second leg with a slight advantage over Team FNATIC (Conran ‘Rennerz’ Tobin). Simon ‘Zimme’ Nystedt (FNATIC) pegged the tie back at the start of the first half of the second leg, taking the score back to 1-1 on aggregate against Philipp ‘EisVogel’ Schermer (Envy).

A late goal from Zimme took the game to extra time, scoring again early in the first half, bringing the overall score up to 3-2. Eisvogel and Team Envy began to orchestrate a heroic comeback, however once again Zimme pegged them back, taking the contest all the way to penalties and subsequently sending FNATIC into the final.

The next match saw MMO-specialists Method (Steven ‘FWPricey’ Price and Nathan ‘Zelonius’ Horton) take on the UNILAD (Spencer ‘Gorilla’ Ealing and Shaun ‘Shellzz’ Springette) Esports team, the lowest ranking team in the Gfinity franchise overall league, however one of the favorites to take the top spot this evening. The first game saw Shellzz take on Zelonius, with the Method representative taking the lead early in the first half. Shellzz equalized mid-way through the second half, bringing the score up to 1-1. Zelonius pulled one back late in the game, making the tie 2-1 to Method going into the second leg.

The second leg saw Gorilla take on FWPricey, with Gorilla miraculously taking it back to 2-2 on aggregate inside the first three minutes of play. The next 15 minutes saw a landslide occur, with Gorilla scoring another 2 goals taking the tie to 4-2, shutting out Method in the first half. Nothing changed in the second half, with the World Champion seeing it out without letting in any goals and sending UNILAD into the final.

The final brought together two heavyweights of the game, as FNATIC faced UNILAD in a match to end all matches. Tassal ‘Tass’ Rushan stepped in for Gorilla in the initial match, facing Semi-final loser Rannerz; who switched it up entirely from his first game to come out of the blocks firing in the first half, making it 1-0 inside the first 5 minutes. Elite series newcomer Tass didn’t make too much impact early in the second half, with Rannerz increasing the deficit to 2-0 with about 20 in-game minutes to go. Tass pegged it back to 2-1 with 13 minutes to go after making a game-changing formation switch. The two goal lead was restored shortly after however, Rannerz making it 3-1. Tass scored another one to decrease the deficit to 3-2 and set the game up for a nail-biting finish. Rannerz, originally drafted in from the Challenger series to step in for regular player ‘Poacher’ emerged victorious in the end, giving Method the advantage going into the next game.

The second game saw Shellzz take on Zimme, with team FNATIC taking the lead within the first 5 minutes, forcing Shellzz to change his formation immediately. Zimme made it 2-0 shortly after the second half commenced, Shellzz making a big claim for a penalty shortly after, but being denied by the referee. Zimme increased the deficit to three with about 20 minutes to go, however Shellzz pegged it back to 3-1 shortly after winning a late penalty. Shellzz’s resurgence continued, taking FNATIC’s lead back to 3-2, but it was too little too late as Zimme put another one past UNILAD’s defense and making the final score 4-2.

Team FNATIC were crowned the eventual winner, and well deserved at that.

FNATIC Manager, Colin Johnson, said, “I’m so hyped that the team we won tonight! The lads have been putting in so much work together and the fact that it’s paid off like this is incredible. The Gfinity Elite Series has been a tough competition and the team format and scoring system tested us in new ways. To know you’ve beaten some of the best players in the world, you can’t replicate that feeling. We now look forward to competing in the FIFA 18 eWorld Cup this summer”.

Tom Halls, Gfinity Elite Series General Manager, said, “The incredibly exciting gameplay we witnessed tonight vindicates our reasons for bringing in FIFA 18 to the Elite Series. The talent on show rivals any other tournament around the world and in the end few could argue that FNATIC deserved to take top spot”.