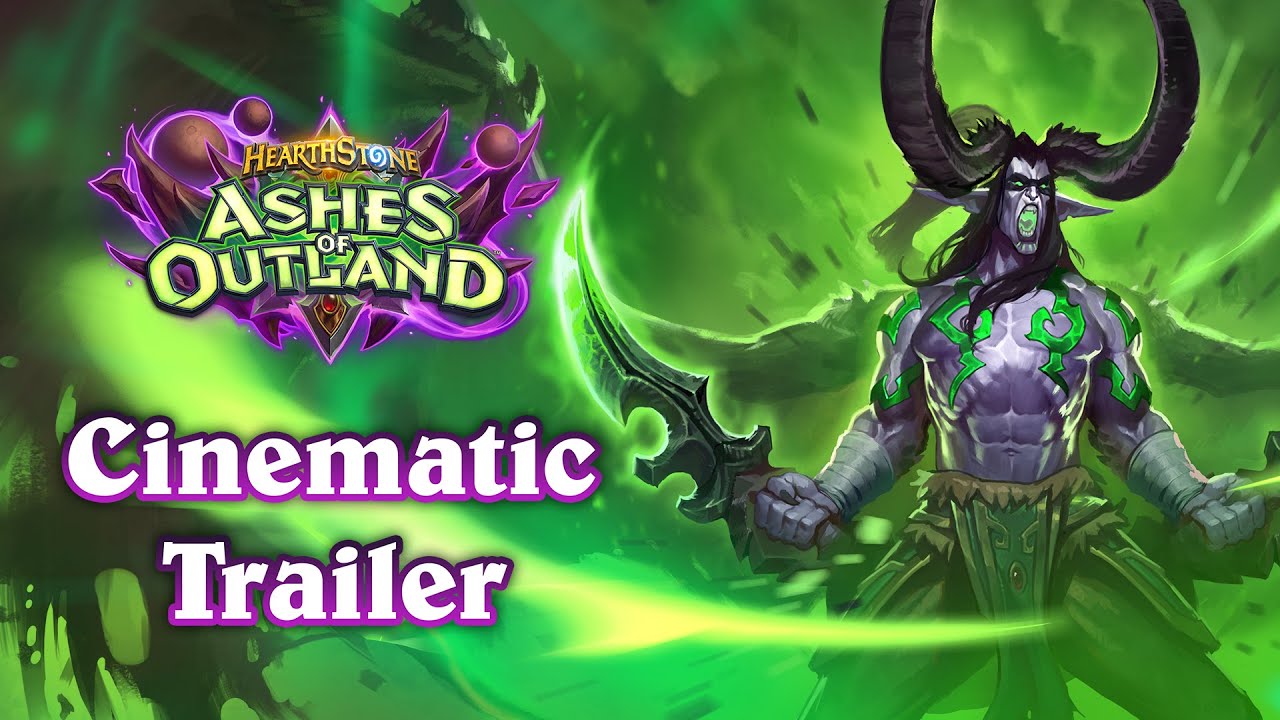 The Demon Hunter, Hearthstone’s first new class to date, enters the fray alongside the expansion, and is free to all players

Between now and June 29, players who log in to Hearthstone will receive the Kael’thas Sunstrider Legendary minion free

The Year of the Phoenix officially commences with the release of Ashes of Outland™, the new expansion for Blizzard’s smash-hit digital card game Hearthstone®. Inviting players to venture beyond the Dark Portal and into a brutal, war-torn realm, Ashes of Outland shakes up Hearthstone with 135 new cards that feature the wicked monstrosities, grim personalities, and fel-infused spells and artifacts native to this shattered world.

Ashes of Outland introduces a total of 135 new cards to the game, including Primes, a new type of Legendary minion designed to make a lasting impact on a match. In their initial forms, Primes are strong, economical early-to-midgame minions; upon leaving the board, they’re shuffled back into a player’s deck in a vastly upgraded form. Players will also have to contend with Imprisoned Demons. Initially “dormant” for two turns and unable to attack or take damage, these powerful minions unleash match-shifting effects once they’re activated.

The Year of the Phoenix Commences

The Year of the Phoenix brings some of the biggest fundamental changes that Hearthstone has seen to date (with more to come):

Players who log in to Hearthstone can complete a chain of quests to earn a total of six card packs: three from Ashes of Outland, and one each from Descent of Dragons™, Saviors of Uldum™, and Rise of Shadows™. The first quest in the chain is available today, with the second and third to follow on April 8 and 9. Furthermore, all Hearthstone players get the Legendary minion Kael’Thas free if they log in between now and June 29.

For more information on Ashes of Outland, visit the official site.

With more than 100 million players worldwide, Hearthstone is Blizzard Entertainment’s internationally acclaimed, free-to-play digital card game designed for novice and veteran card-slingers alike. Players can choose from 10 powerful hero classes and customize their decks with minions, spells, and weapons based on the unique fantasy of the Warcraft® universe. Featuring a variety of game modes ranging from epic head-to-head duels to story-driven Solo Adventures, Hearthstone offers a vibrant and rewarding experience stacked with strategy, personality, and fun. Hearthstone is available globally for Windows and Mac PCs; Windows, iOS, and Android tablets; and iOS, and Android mobile phones.