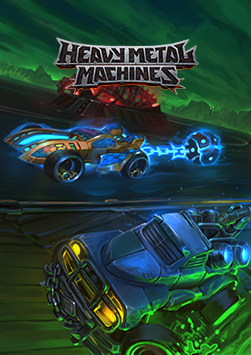 Hoplon, the developers behind post-apocalyptic car-combat MOBA, Heavy Metal Machines, announced the launch of a new competitive queue feature, the Metal League, within the game, guaranteeing a prize fund for players of €5,000. In Season One, the champion team will take home €2,000.

The opening weekend and qualifiers of the tournament begins 9th March 2019 and will last through to April on the European server. Tournament play times will commence at 12pm and will end at 6pm GMT on Saturdays. Players are encouraged to join and practice with their squads prior to the competitive queue opening times.

Prizes pools will be distributed as follows:

The final will be held on 20th April 2019, where the best eight teams will be broken into brackets and will compete for the Best Of title. Players from outside of Europe are still able and welcomed to participate. North and South America servers will join the championships from the second season on, in May. The community managers will help players that join the Facebook group for teams to meet and mainly the Discord Channel. The participation in the event is completely for free.

Tatiana Moreira, Head of Marketing and Publishing, commented: “We are thrilled to be giving passionate players a chance to show how skilled they are in a tournament designed to bring out the best talent from within the European community. We encourage as many people to participate as possible, and with Heavy Metal Machines recently chosen as the best MOBA of 2018 by MMOHuts, there’s a strong community waiting to welcome new players – So team-up, start your engines and join the arenas of Metal City!”

From the Brazilian studio Hoplon, Heavy Metal Machines, features dedicated European servers and it is available for free both on Steam or as a downloadable game client.

More information about Heavy Metal Machines can be found on the official website.