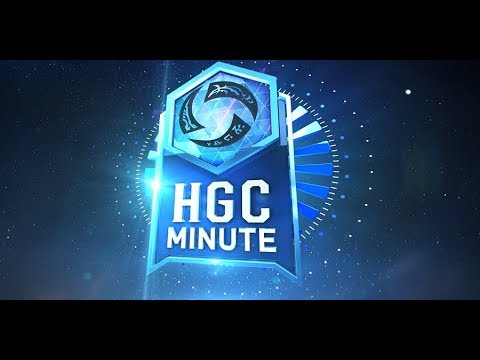 Last weekend saw heavy-hitters slide down in the rankings, while a few underdog teams stepped up in a big way. Good news—we have the same caliber of matchups waiting for you again this weekend. Here is everything you need to know headed into Week 7 of league play for the HGC.

The Eastern Clash Champions will face off against up-and-coming Team BlossoM, who exited the event in Taipei in fourth place. They had a decent enough showing, defeating China’s Super Perfect Team and TheOne, and taking Battlegrounds from Tempest and Ballistix before their tournament run came to an end.

Uther is the most picked Hero for both of these teams, so there is little doubt that the Lightbringer will be first pick and ban for this series in particular. While Malfurion remains the second choice for most of Korea, Stukov has grown in popularity since Daniel “Shad” González showed off the Infested Admiral’s capabilities at the Western Clash.

Method have been struggling ever since their early exit at the Western Clash, where they lost out to North American Team’s HeroesHearth and Team Twelve before heading home. This past weekend they slid further, losing out to Europe’s last-place team Leftovers in a five-game series.

What will it take for Method to turn it around from here? The loss to Leftovers will severely hurt Method’s chance at attending the Mid-Season Brawl, especially with Team Liquid and Zealots in the running alongside Fnatic and Team Dignitas for the three spots the region has secured at the event, thanks to the ‘buddy pass’ Team Dignitas earned by winning the Western Clash. Drafting Blaze here might be a smart move for Method, who are undefeated with the Firebat (8/8 wins) so far in Phase 1.

HeroesHearth had a promising showing in their first weekend of league play since returning from the Western Clash, defeating Simplicity 3-1 and Gale Force Esports 3-2. These wins are especially important for Khalif “Khroen” Hashim and friends as they vie for Mid-Season Brawl qualification over the four remaining weekends.

Team Twelve also had a strong start to Part 2 of Phase 1, dominating Team Freedom 3-0. While HeroesHearth and Team Twelve did not play each other at the Western Clash, they both managed to steal a Battleground away from eventual champions Team Dignitas—a sign of strength for any North American team today. While Team Twelve is favored in the matchups based solely off international experience and average time spent playing in the HGC, this should be a very close series.

Check out the other Heroes Esports content we published this week, including Fan’s guide to Abathur, YoDa’s tips for Fenix, and the HGC Minute. As always, you can catch all the action when the broadcast goes live right here at playheroes.com/esports.