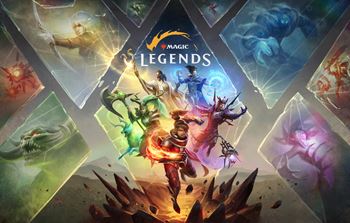 A new video and developer blog for Magic: Legends, Perfect World Entertainment and Cryptic Studios’ upcoming free-to-play action RPG based on Wizards of the Coast’s strategy card game, Magic: The Gathering, showcases what players can expect in the open beta, which launches next week.

In the video and blog post, the Cryptic team gives an overview of their Open Beta philosophy, and a run-down of some key game mechanics for  players, including how to choose their class, build their deck, use equipment and artifacts, multiplayer, the future of the game, and more.

Open Beta for Magic: Legends launches on Arc Games and The Epic Games Store on March 23. Sign-ups for the beta are open now at PlayMagicLegends.com.

Magic: Legends is a free-to-play, persistent world, hack’n’cast online Action RPG based on Wizards of the Coast’s iconic trading card game, Magic: The Gathering. Ancient forces move in the darkness, requiring players to assume the role of a Planeswalker, powerful spellcasters who can travel between worlds. While exploring different planes, players will collect mana-based spells and strategically build out the perfect deck of balanced attacks to control the chaos of the battlefield and save the Multiverse from its greatest threat yet. Developed by Cryptic Studios and published by Perfect World Entertainment, Magic: Legends will release on PC, Xbox One, and PlayStation®4 in 2021. For additional details, visit PlayMagicLegends.com.