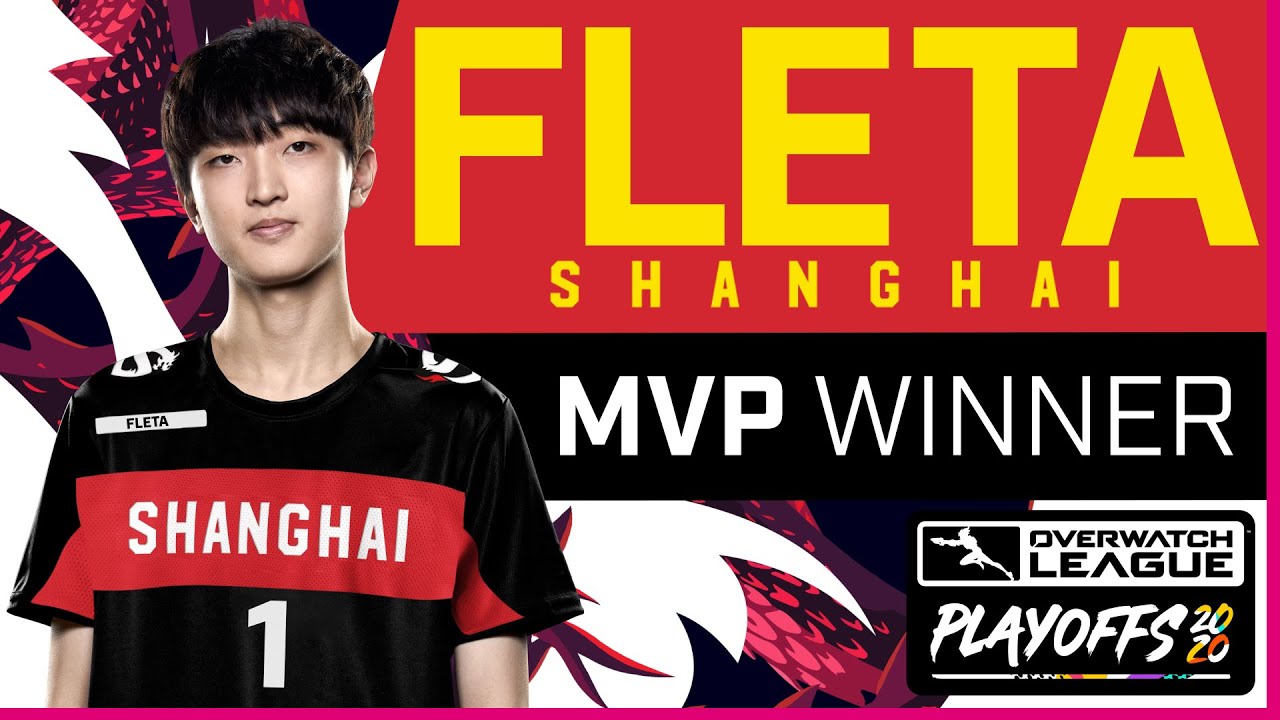 The final round of the 2020 Overwatch League playoffs completed today in exciting fashion, with the league’s 2020 MVP announced and the four teams advancing to 2020 Grand Finals set.

Byung-sun “Fleta” Kim, damage player for the Shanghai Dragons, was named 2020 T-Mobile Overwatch League MVP for his star performance on a variety of damage heroes over the course of the regular season in helping the Dragons to the best record in the league.

Fleta’s dominance and flexibility on Overwatch heroes including Tracer, Echo, and other damage heroes also helped Shanghai advance through the Asia region and into the Overwatch League’s Grand Finals, where they’ll be joined by the Philadelphia Fusion, San Francisco Shock, and Seoul Dynasty.

“I think the MVP is the hardest award to receive in (the Overwatch League), and that’s so meaningful to me, because it’s picking the best player of all the players in the league,” Fleta said. “It was an honor to even be nominated, and then to get it. I’m just really happy to be recognized for my hard work.”

To read more about Fleta and his thoughts on winning the 2020 Overwatch League MVP award, visit overwatchleague.com.

On Saturday in a highly anticipated matchup, the No. 2 San Francisco Shock took down the top-seeded Philadelphia Fusion 3-1 to advance to the Overwatch League’s Grand Finals as the top North America seed.

The Fusion bounced back in a big way on Sunday, when they swept the upstart Washington Justice 3-0 in the Losers Bracket finals to earn their Grand Finals spot. Entering the playoffs as the No. 12 seed, Washington eliminated Vancouver, Dallas, Paris, and the Los Angeles Valiant before coming up short against Philadelphia and MVP finalist Carpe.

Led by Fleta, the top-ranked Shanghai Dragons took care of business with relative ease to punch their ticket to Grand Finals by beating the No. 5 Seoul Dynasty on Saturday 3-2. Dynasty showed its resolve and came back to sweep the No. 3 New York Excelsior on Sunday in the Losers Bracket finals to earn the Asia region’s second and final spot in the Overwatch League Grand Finals tournament.

Regional Overwatch League All-Star events in Asia and North America are taking place later this month. In-game legendary skins for the event were revealed on broadcast today for D.va and Reinhardt. The skins will be available for in-game purchase on all platforms from Sept. 29 through Oct. 12.

More details on Overwatch League All Star events, including player selections and game modes, is coming later this week.

The 2020 Overwatch League Grand Finals will begin on Oct. 8. The 2020 champion will take home a US $1.5 million prize and the championship trophy. The runner-up gets $750,000, with $450,000 for third place and $350,000 for fourth place. If the season finishes with two regional champions, the prize money allocations will change: both regional champions get $1 million, while the two second-place teams in each region get $500,000.

Following the championship match, the 2020 T-Mobile Overwatch League Grand Finals MVP will be awarded to the standout player of the match.

All Grand Finals matches will be shown live and on demand on our YouTube channel, website, and mobile app. League Token drops will be available throughout all live Grand Finals Weekend events.