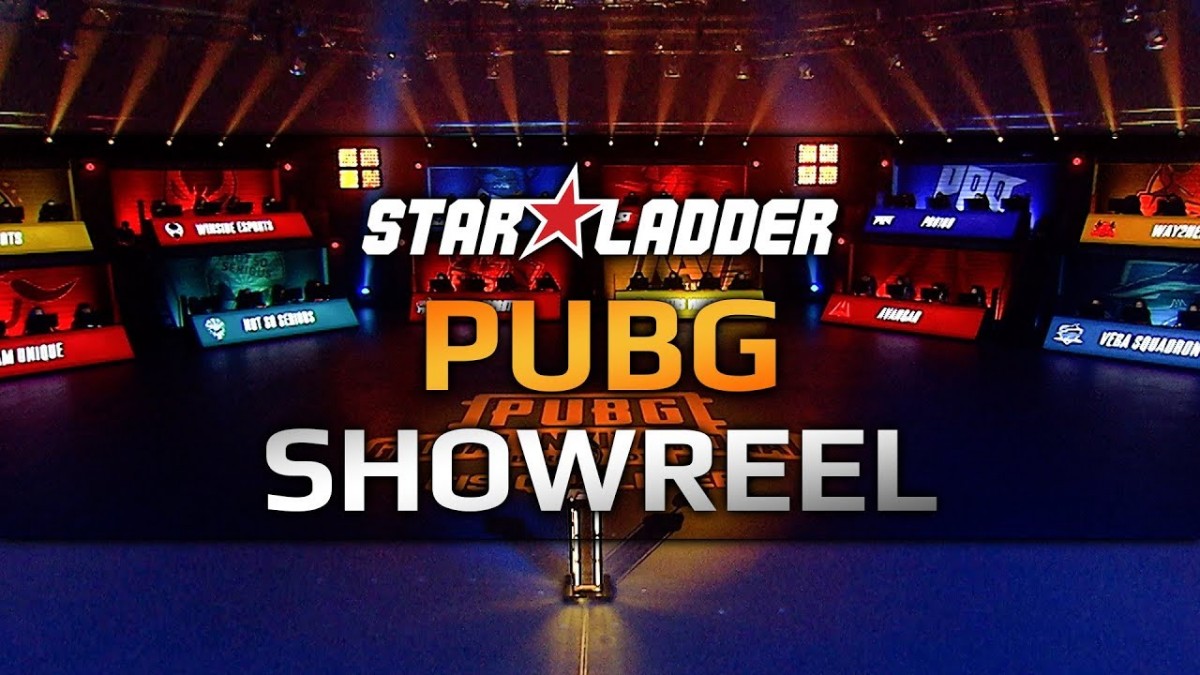 PUBG Corporation (PUBG Corp.) and StarLadder are delighted to expand their foray into the esports scene with the launch of the first professional league for PlayerUnknown’s Battlegrounds in Europe. The annual combined prize pool for the professional PUBG Europe League (PEL) and Contenders League will be €1,000,000.
Starting in January 2019, PUBG Europe League will be part of a global competitive system, in which top-performing teams from PEL will have a chance to qualify for an international event at the end of the season, where the best teams from each region will compete against one another to decide the season’s champion.  The League will consist of three phases in the 2019 season. Throughout the whole season 16 teams of PUBG Europe League will play in a specially designed Battle Royale LAN-studio in one of the European capitals. PUBG Corp. will provide housing and travel support to the teams participating at the PUBG Europe League, and continue supporting the teams with revenue share of the league. More details about the support will be announced later on. Qualifying tournaments kick-off in October and run until the middle of December culminating in the LAN event with 32 teams.

The League’s inception is a part of the PUBG Corp. five-year plan to develop a sustainable global esports infrastructure.

“Taking the next step in our five year plan, the PUBG Europe League brings more consistency with regular matches from professional teams, bringing an increase in competitive matches for the fans and players of PUBG to get excited for and watch. The more matches on offer from the league will ensure teams are enhancing their skills and strategy over the course of the season, to result in matches with even more grandeur.”

“We are also very glad to have joined forces with StarLadder on this remarkable project. StarLadder has proven themselves as a reliable, innovative and highly motivated partner. We are expecting a great many exciting things coming out for this partnership.”

“PUBG is a great game with millions of loyal followers, even though it’s a young esports title. Having extensive experience in running and managing hundreds of tournaments over the years, StarLadder is proud to be an integral part of the PUBG development as a full-fledged sport with a real professional League. Broadcasting PUBG is a challenge, but we are ready for it. We are constantly striving to improve the viewer experience. We promise, you will be awed by our live production yet again.”

“We are very pleased by an opportunity to partner up with PUBG Corp. on their professional league in Europe. We are looking forward to great many years together as partners.”

PUBG Europe League, for professional teams, will be the pinnacle of a competitive pyramid, where teams of different levels can compete with equal in skill rivals.

Unlike some other well-known esports outings, the PUBG Europe League will start its journey based on a principle of promotion and relegation. PUBG believes that this system will ensure long-term stability of PUBG Europe League by giving talented teams fair chance to take part at the highest level of stage and organically building competitive dynamics. PUBG Europe League does not plan to follow the franchise model at the moment because PUBG values teams that will enter the League through hard work and dedication.

Open League, for entry-level teams, will be divided into three regions: Europe West, Europe East, and Middle East and Africa. Contenders League, for teams of a higher skill level, will unite the whole of Europe. Teams will be able to get into the top divisions of the League by winning in special promotion tournaments at the end of each phase.

Be a part of the League and participate in qualifying tournaments now!