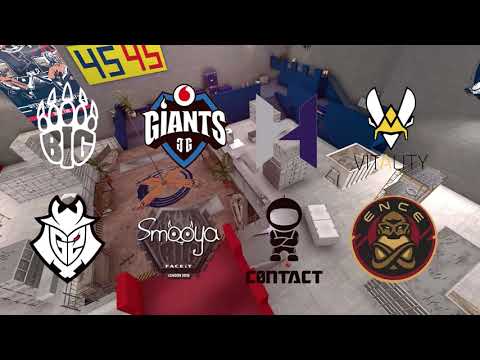 August 3rd, 2020, Salzburg, Austria: Red Bull, together with the gaming monitor professionals and esports experts from AOC Gaming are pleased to reveal that the Red Bull Flick Invitational will take place on August 9th. Duos from some of the best CS:GO teams in the world including Team Vitality, G2, BIG, ENCE, c0ntact Gaming and Giants Gaming will clash with duos who have proven themselves in the Red Bull Flick global qualifying circuit from France, Germany, Russia, and Ukraine. Red Bull athletes and CS:GO stars Ricardo “fox” Pacheco, Michaela ‘mimi’ Lintrup, as well as Owen “smooya” Butterfield will also lead duos respectively. FACEIT is the organization and production partner for Red Bull Flick.

Red Bull Flick originated in Turkey and has been further developed by Red Bull for the global stage. Pairs of players will face off on a set of brand-new custom maps especially designed in house by Red Bull for the new game mode: Hold the Flag. The crown jewel of Red Bull’s custom 2v2 tournament will see the 16 duos compete live on Twitch.tv/redbull and the Red Bull Gaming YouTube channel, with live narration from leading CS:GO broadcast talent including  James Bardolph, Daniel “ddk” Kapadia and Freya Spiers. The teams will be battling to determine the best CS:GO duo in this unique competition, as well as who will also take home €20,000.

The road to the Red Bull Flick Invitational has seen two teams qualify through the EU Closed National Qualifier and two teams from James Bardolph’s Red Bull Flick Open Qualifier which took place earlier this year, with the additional 14 invited directly to compete.

The list of teams competing in the Red Bull Flick Invitational is:

To stay up to date on Red Bull Flick follow Red Bull Gaming and FACEIT on Twitter.

The Red Bull Flick Pro Invitational begins at 11am CEST on August 9th on Twitch.tv/redbull.