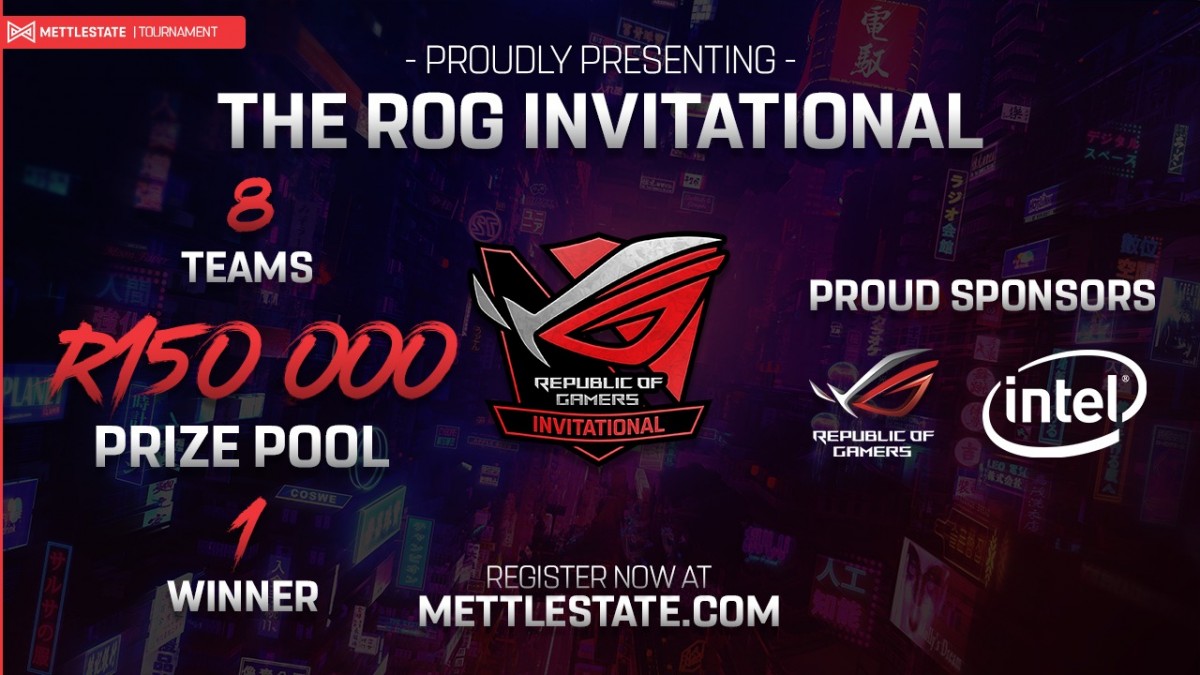 ASUS South Africa, the company behind the Republic of Gamers,  announced the inaugural ROG Invitation which will place as South Africa’s richest short-form Counter Strike tournament. With a prize pool of R150, 000, the one-month tournament will host its finals live at rAge Expo on the 27th to 29th of September at the Ticketpro Dome in Johannesburg.

Four of South Africa’s elite CS:GO teams, BIG 5 ESPORTS, ENERGY ESPORTS, GOLIATH GAMING and SINISTER5 CS:GO will compete for the glory, the honour and the cash against the top four ranked challengers from the qualification rounds. Registration for the online qualifiers opens today through www.mettlestate.com, a leading esports league and tournament operator on the African continent. The round-robin group stage will advance the leaders of each group to the LAN finals in late September where the final eight will compete in a double-elimination bracket at rAge Expo.

The need for Esports Investment
“ROG has invested in esports since 2006, and was the first hardware manufacturer to see the importance of being a part of the community through the creation of an inclusive ecosystem and investment in gamers and their community,” says Azin Alikhani, MEA Regional Marketing Head.

The last decade has seen a spark of change in this inclusive ecosystem from casual gaming as a community to the development of a serious sub-culture of professionalism in esports that is driving a new a generation of sporting professionals.

“The similarities in the skills required to be a competitive gamer aren’t dissimilar to conventional professional sports. Aside from great aim and strategy, a championship esports team requires a stone-cold winning mentality, serious consistency, a lot of commitment and flawless co-ordination and communication, says Juan Mouton, Asus and Republic of Gamers South Africa Marketing Manager.

Juan goes on to state, “As the world’s leading gaming hardware brand, we see it as our responsibility within South Africa to assist where we can to strengthen the credibility of esports through showcasing not only the exceptional talent and skill that exists in our country but to deliver an experience that really underlines the entertainment value of the sport. That’s the purpose of the inaugural ROG invitational and we expect the showcase to grow exponentially as we continue with this mission.”