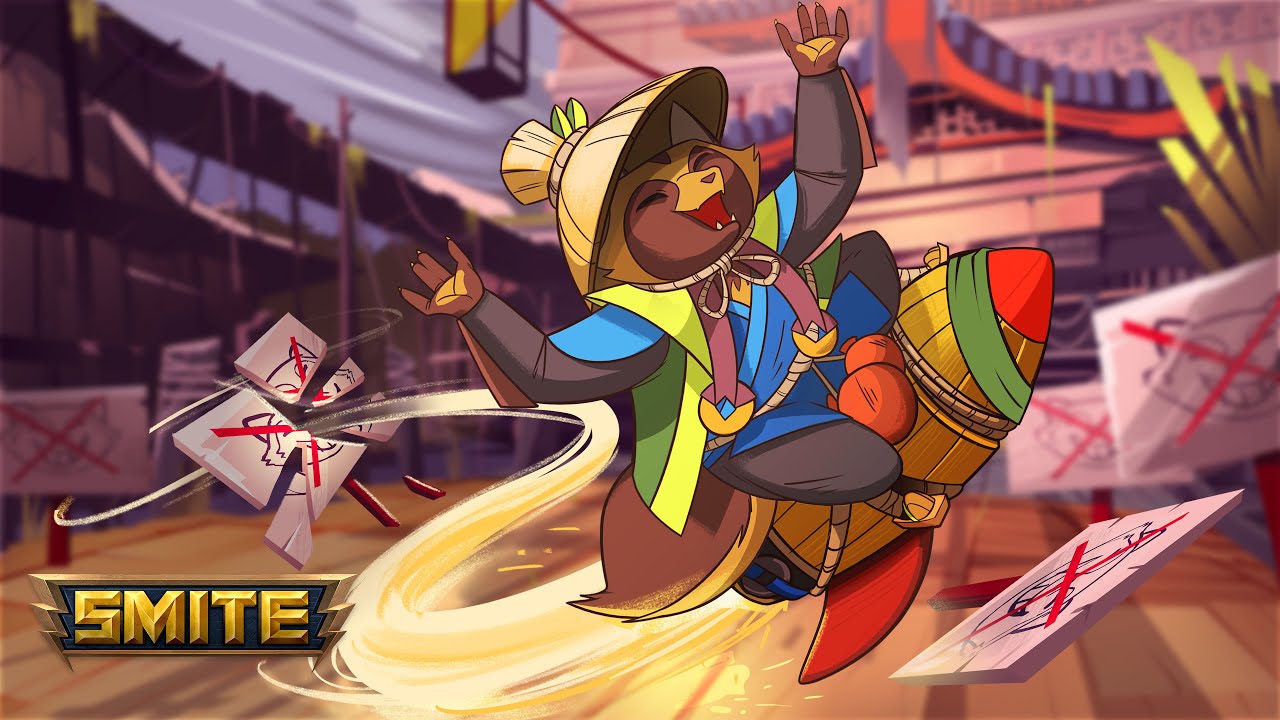 Danzaburou joins SMITE in the Legendary Tanuki update, the final SMITE update of 2020. This Hunter, belonging to the Japanese pantheon.

Even before Danzaburou, the year has been the best one ever for SMITE. And this is no small claim for a game in its seventh year.

With 12 content updates throughout 2020, Titan Forge released 5 new Gods including Cthulhu and Baba Yaga, 7 events and 6 Battle Passes. The Avatar x SMITE crossover in particular was greeted with unanimous praise by thirty thousand concurrent Steam players upon release—a historical high. SMITE fans were also delighted to delve back into limited-time Adventure modes and play on updated maps. The list of new content goes on with gameplay features, SMITE coming to Epic Games Store, and so much more.

It all led to a record-setting year in all regards, a thrilling and rewarding result for Hi-Rez Studios as their community-driven vision continues to pay off.

To top off the year now comes just what the community was hoping for: SMITE’s newest Hunter.  Danzaburou is out to get you or your money—or both.

Cute critter but cunning crook, this bake-danuki once worshipped in Japan comes with abilities as diversified as his assets. He passively increases his gold gains, and he can throw money bags at enemies or taunt them with irresistible saké bottles. His shapeshifting powers allow him to slip furtively through enemy lines, or to become a spectacular explosive rocket.

Here are the Legendary Tanuki update patch notes and the Closer Look blog post including extensive details about the creation of Danzaburou.