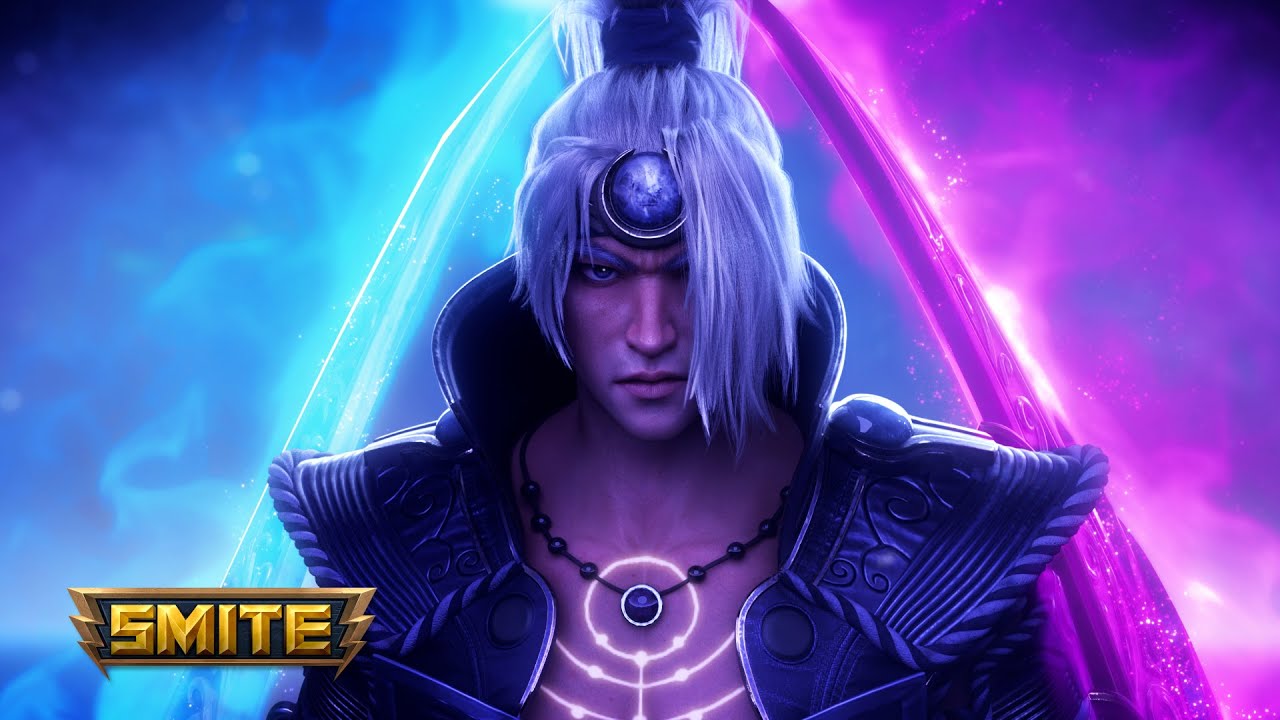 SMITE: Battleground of the Gods has released its newest deity, Tsukuyomi.

Tsukuyomi is now reunited with his sister Amaterasu and the family reunion promises to be tense. The God of the Moon and the Goddess of the Sun are just as mutually antagonistic as you would expect – she is the one who once banned him from Earth. He returns and steps into the battlefield in an opportunistic attempt at seizing power.

As an Assassin from the Japanese pantheon, Tsukuyomi is methodical and inflexible and looks just the part of a ninja master. Everything about him is full of lunar symbolism, from his colors to the tailoring patterns on his armor, and his inevitable twin crescent blades which represent the New Moon and the Full Moon.

The God of the Moon has a bold, sharp Assassin playstyle. His Tonfa blades Shingetsu and Mangetsu feel like distinct entities. Each becomes empowered with every attack, getting its own bonuses. Unlike most SMITE Assassins, Tsukuyomi can fire ranged projectiles and doesn’t constantly dash in and out of the fight. Only with his ultimate can he dive onto his prey, unleashing a flurry of piercing strikes.

Additionally, the Avatar: The Last Airbender Battle Pass, in partnership with Nickelodeon, remains active throughout this Update. Since its release in July, it has already achieved both unanimous community praise and historic sales.

Here is the God of the Moon Update Patch Notes and Media Kit.

Extensive details about the creation of Tsukuyomi can be found in this blog post.