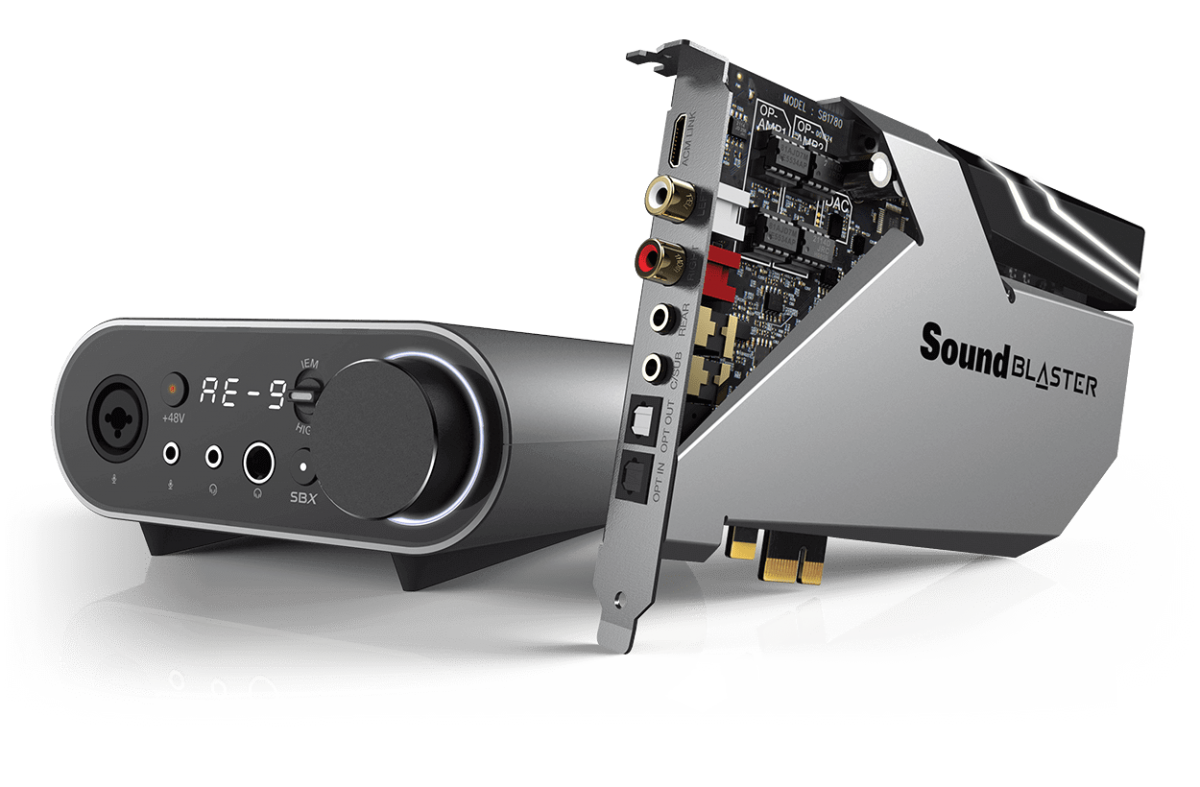 Creative Technology Ltd continues its legacy of revolutionizing audio with the launch of its most advanced PCI-e sound cards ever – the Sound Blaster AE-9 and Sound Blaster AE-7. Built with only the most premium components, and complemented with the latest technologies from Creative, these sound cards are designed to define a new performance standard in this class for the ultimate PC entertainment experience. 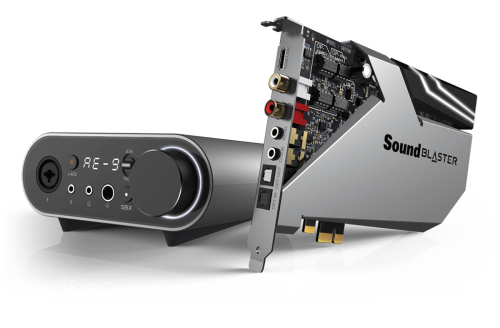 Sound Blaster AE-9: In a Class of Its Own

Sound Blaster AE-9 is Creative’s flagship PCI-e sound card, and it more than delivers on its promise to gratify the needs of pro-gamers and pro-audio users. It uses audiophile-grade components such as the top-of-the-range ESS 9038 SABRE-class reference DAC that delivers up to 129 dB DNR, PCM 32-bit 384 kHz sampling, DSD64 playback of lossless audio with ultra-low distortion and jitter elimination, and boasts Nichicon Fine-Gold capacitors, WIMA film/foil audio capacitors and swappable op-amps.

What really makes Sound Blaster AE-9 stand out against the competition is its CleanLineTM Technology, a new breakthrough in filtering a microphone path for clear and uncompromised voice communication. This latest technology features specially-designed circuitry and components which eliminates voltage rail issues and isolates unwanted noise caused by power supply ripple from high-performance GPUs. Sound Blaster AE-9 is the first ever to integrate this technology in its core, allowing users to forgo the need for a desktop mixer while still enjoying the benefits of having one.

It may seem to sport slightly ‘lesser’ specs compared to the Sound Blaster AE-9, yet Sound Blaster AE-7 is very much a powerful sound card in its own right, being equipped with a hi-res ESS SABRE-class 9018 DAC that boasts up to 127 dB DNR, with 32-bit 384 kHz sampling and DSD64 playback. Audio clarity is the order of the day, with a THD of 0.0001% which represents an upgrade over its predecessor Sound BlasterX AE-5, and also the competition. At its price point, Sound Blaster AE-7 presents an excellent value proposition.