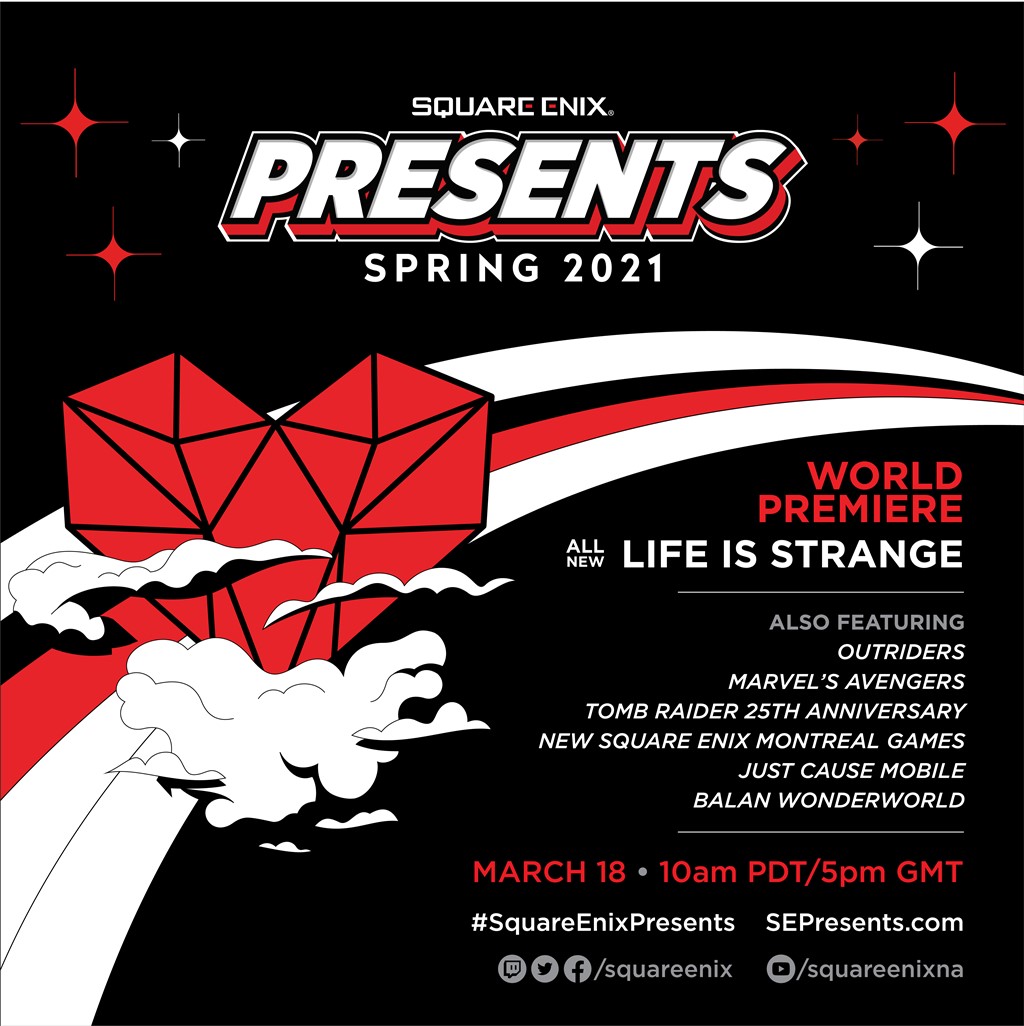 SQUARE ENIX® announced the debut of a new video program called SQUARE ENIX PRESENTS, a series of shows in which the company will reveal new games, updates and news directly to the global gaming community throughout the year. The first show, debuting on March 18 at 10:00 a.m. PDT / 1:00 p.m. EDT on Square Enix’s official Twitch and YouTube channels, will run approximately 40-minutes and include the world premiere of the next game in the critically acclaimed and award-winning Life is Strange™ series, featuring an all-new protagonist wielding an exciting new power. 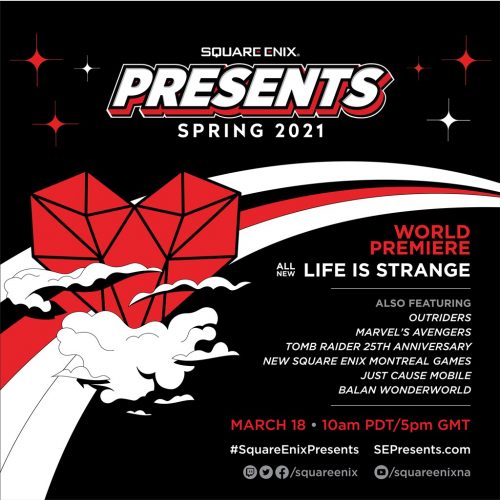 The show will also feature trailers, gameplay videos and announcements for the following:

Additional information about SQUARE ENIX PRESENTS can be found at: http://www.sepresents.com/.