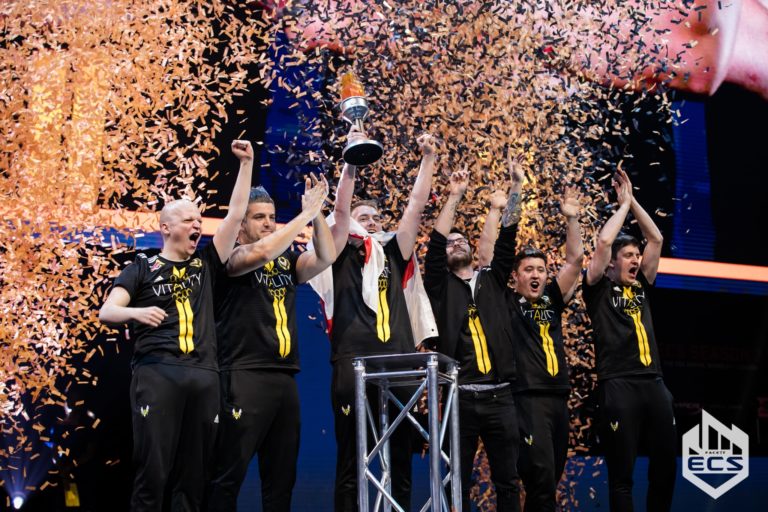 The ECS Season 8 Pinnacle Cup kicks off, Wednesday 11th September, and here’s a handy guide to ensure you’re all clued up on who’s playing, when and how you can watch, and what the Pinnacle Cup means for the upcoming season of ECS.

Last season, the two Grand Finalists, Team Vitality and FURIA, were Pinnacle Cup qualifying teams, and we can’t wait to see how this season’s teams perform. What is the Pinnacle Cup?

The Pinnacle Cup consists of two Swiss tournaments, one EU and one NA, that determine the seeding for ECS Season 8’s Regular Season. In tournament weeks where eight of the ten qualified teams from the previous ECS season are unavailable, the Pinnacle Cup seeding will determine which teams will fill the slots. To qualify for the Pinnacle Cup, teams fought through the ECS Open Qualifiers, and now they’ll get a shot at securing the best seeding for a run at qualifying for the ECS Season 8 Finals.

When does the Pinnacle Cup start?

Who is competing in the Pinnacle Cup?

What is the format and the first-round matchups?

The Pinnacle Cup uses a Swiss format, meaning that teams play opponents with the same record. All matches are Bo3, and teams with a 3-0 record will secure the top possible seed of the Pinnacle Cup teams. Teams who end up with a 2-2 record after four matches will end up playing the maximum number of matches (5).

Peeker’s Adv vs The Quest

How can I watch the Pinnacle Cup?

You’ll also be able to catch our Community Caster Challenge entrants streaming the matches on Caffeine.

How can I stay up to date with the Pinnacle Cup?

We’ll be providing updates, scores and links to streams through @ECS on Twitter, so make sure you’re following to stay up to date with the Pinnacle Cup action, as well as keep an eye out for updates on the ECS website.