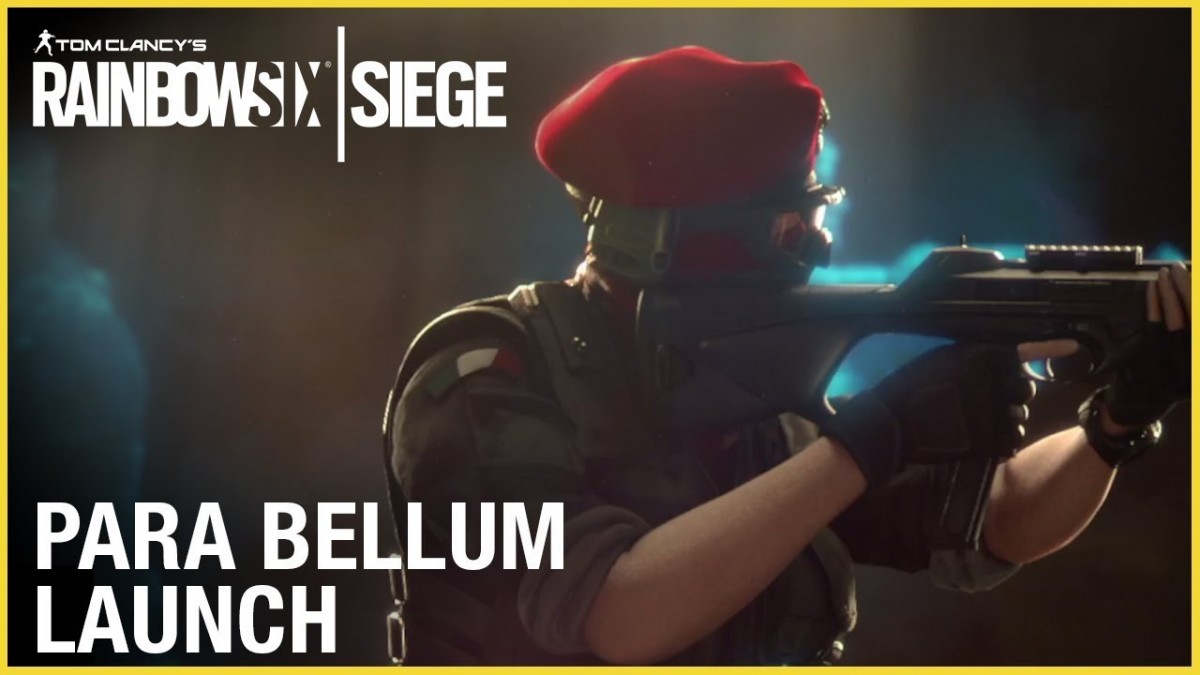 Tour the Villa
The land belongs to the Vinciguerra, a dangerous crime family known for their smuggling activities. The house is their retreat, where they lead a lavish lifestyle and collect rare art pieces. Players will catch Villa in a snapshot in time: Vinciguerras are burning documents and transporting their holdings before the big raid. But they’ve got wind of Operation Para Bellum and flee, leaving everything in disarray with vital information ready for the taking.

Two New G.I.S. Operators
In Operation Para Bellum, two Italian G.I.S. Operators join Rainbow as the unit raids a luxurious Tuscan villa, Rainbow Six Siege’s 20th map.
New operator, Alibi, is a cunning adversary with a gift for infiltrating dense networks of organised crime. Alibi is notable for her Prisma which projects holograms identical to Alibi in an idle position. If you shoot or touch the holograms, you’ll be marked and pinged for the next few seconds. If Prisma is deployed outside, a false “Defender Outside” warning is triggered for Attackers. To add an element of surprise, Prisma conceals the identity of any defender who ventures outside. Any bullet, melee, or explosive damages Prisma, and will shoot through the hologram. Be careful not to stand too close.

New Operator Maestro is another member of the Italian Gruppo di Intervento Speciale (G.I.S.) earning his iconic facial scar from a roadside IED during his participations in joint operations with Team Rainbow in Iraq. Maestro uses a remote-controlled turret firing high-energy laser beams. Once affixed to the floor or wall, Maestro can remotely-surveil and provide overwatch in a location through the swivel-mounted camera. When the camera device breaks open to fire a laser beam the core is exposed to damage. Otherwise, the turret is unaffected by bullets and melee. Lastly, Evil Eye can see through smoke.

Operation Para Bellum introduces the all-new Pick & Ban system. This feature provides an extra layer of strategy between teams, as each side tries to counter their opponents’ picks during the banning phase.  Players can even anticipate a thrilling twist at the last moment, when teams swap Operators for the unexpected 6th Pick. Pick & Ban will be available in Custom games.