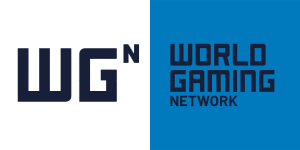 WorldGaming Network (WGN), the premier destination for competitive and passionate gamers, today announced it will host the world’s foremost nations-based esports event, the World Electronics Sports Games (WESG) North American Regional Finals for the second straight year in partnership with Alibaba Sports, a division of Chinese e-commerce giant Alibaba. The organizations will host a combined event for both the United States and Canada, with respective winners advancing to the WESG 2019-2020 Grand Final in Chongqing, China in March 2020.

Thousands of players across both nations will compete in five events – Counter-Strike: Global Offensive, Counter-Strike: Global Offensive – Women division, Dota 2, StarCraft 2, and eFootball Pro Evolution Soccer (PES). In addition to battling for the opportunity to represent their countries at the WESG Grand Final, players will also be vying for a piece of the $5.5 million global prize pool.

“After the success of 2018’s WESG qualifiers and finals, the WorldGaming Network team is ecstatic to be returning this year as the Official Tournament Operator for the North American events,” said Wim Stocks, general manager and CEO of WorldGaming Network and Collegiate StarLeague. “Working with Alibaba Sports to host these tournaments is an incredible honor and we are delighted to have the opportunity to use our platform to continue supporting the amazing community of amateur esports gamers around the world.”

WorldGaming Network will utilize its industry-leading competitive gaming platform to host online qualifiers for both nations and a live event for the North American Grand Finals, as players compete to take home a piece of the $5.5 million global prize pool, provided by Alibaba Sports. Players and teams in the U.S. and Canada can register now to compete for an opportunity to represent their country during the qualifiers. Qualifying events will run weekly from October 12 through October 27. The Regional Finals Event to select teams that will compete at the WESG Grand Finals will take place December 7-8.

”WorldGaming has done a fantastic job last year with WESG North America and we look forward to continue our success this season,” said Jason Fung, Senior Director, Global Esports at Alibaba Sports. “We want to promote esports at all competition levels and bring more opportunities like WESG to passionate fans around the world.”