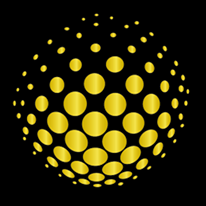 The global campaign aims to unite the esports community and celebrate all things competitive gaming, from the tournaments to streams, games and players themselves, and everything in-between.

It’s essentially a global celebration of esports, focusing primarily on increasing awareness of the positives of esports, from teamwork to improving reaction times, cognitive benefits, having fun and the social aspects such as playing together and making friends.

World Esports Day is a joint initiative set up by the British Esports Association, the not-for-profit organization set up to promote and support grassroots esports, along with streaming platform Twitch, the Singapore Esports Association (SGEA) – the national governing body for esports in Singapore – and is supported by the Global Esports Federation.

World Esports Day will take place each year on the second from last Saturday each October.

Chester King, British Esports Association CEO and Founder, commented: “Esports is such a fantastic activity with a huge global fanbase, but there are still some outdated or negative views towards gaming and there is work we can do to counter them.

“World Esports Day aims to showcase the positives of competitive gaming and how esports is for everyone. It’s social, promotes teamwork, leadership skills and has many other benefits.

“We’re encouraging everyone to get involved. For the community to come together in one big initiative, whether it’s fun streams, playing together, talking about the benefits of esports and to help celebrate competitive gaming for one special day – every year. We hope you will join us and look forward to seeing what you’ll do to take part.”

Mark “Garvey” Candella, Director of Student and Educations Programs at Twitch, said: “World Esports Day is a celebration of community and opportunity. It’s a chance to highlight new, emerging, valuable and transferable digital media skills inherent in the gaming and esports industry, which often goes unnoticed.”

Chong Geng Ng, President, Singapore Esports Association, said: “With esports becoming even more popular than ever, the World Esports Day is a great platform to foster community bonding through online gaming, particularly during this period, leading to community growth through a safe, fun, and engaging social medium. We are excited to be part of the annual event, to encourage youth to bond online by playing video games that they love.”

Chris Chan, President of the Global Esports Federation, added: “The Global Esports Federation is proud to support the World Esports Day. Esports provides a platform for connected competition and community, and has the capacity to bring people together from all over the world. As we see every day, in addition to being great fun, esports also enhances powerful life skills.”

How to get involved

Why not organize a match against friends, host a podcast talking about esports or arrange a mini-tournament? The sky’s the limit.