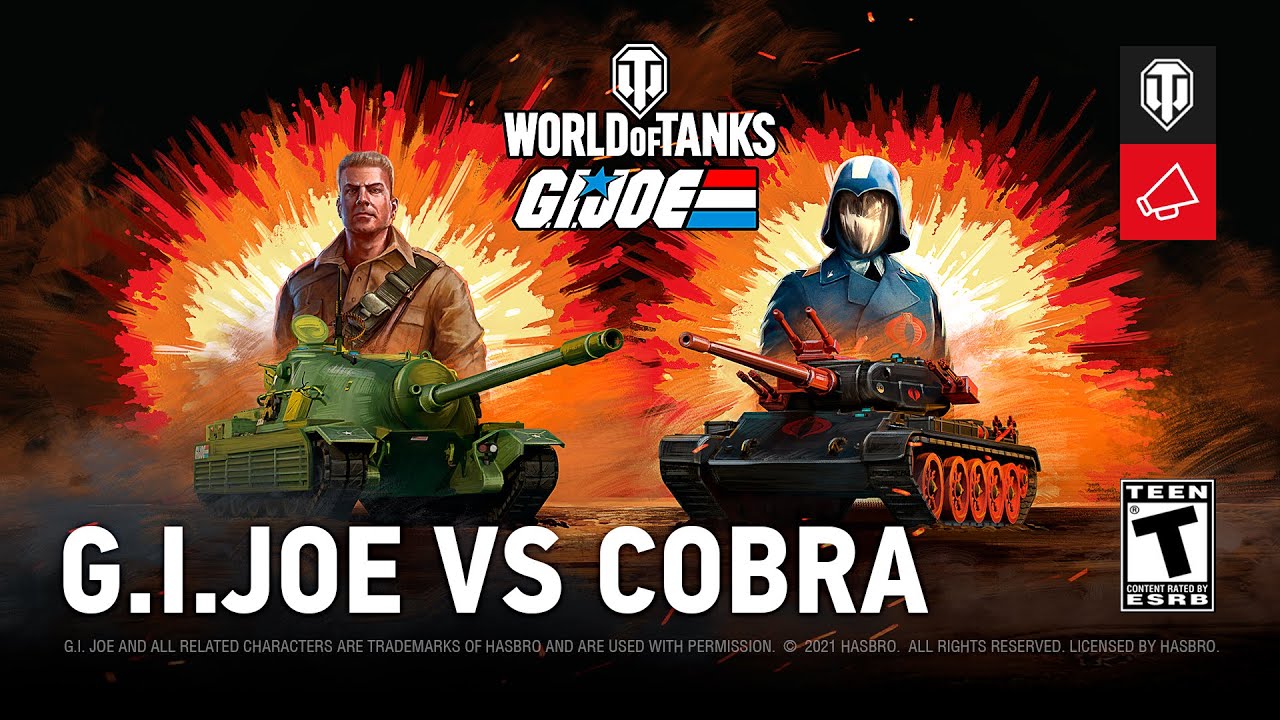 Icons for many decades, G.I. JOE and the villainous forces of Cobra are making their way into World of Tanks to do battle! Tankers will be able to get their hands on two extra special 3D styles: one for the TS-5 (G.I. JOE Team) and one for the T-54 first prototype (Cobra). Alongside these unique 3D styles, players will also get legendary decals featuring the G.I. JOE M.O.B.A.T. and the Cobra H.I.S.S., both iconic to kids around the world.

But there’s more. Players will be able to take on a special set of missions to earn unique emblems and inscriptions, as well as Personal Reserves. For pledging allegiance to the good guys, tankers will get the famous G.I. JOE logo as an inscription for their vehicles, whereas those who side with the evil forces will get Cobra emblems. These missions will run from today until March 26th.

Additionally, starting March 15th, a new Battle Pass season will be starting in World of Tanks. The fourth season will run until June 15th and features some key differences when compared to previous iterations. Season 4 will be made up of 3 chapters, each with 50 stages, and the main reward of each chapter will be a collectable 3D style for the Object 705A, the T110E3 and the 121 medium tank, respectively. Also, unlike previous seasons, tankers will be able to earn Battle Pass points in Random Battles, Ranked Battles and Steel Hunter, as well as through Daily Missions. There’s plenty more to be discovered, but World of Tanks is keeping some secrets up their sleeves for now.

At the same time, Steel Hunter 2021 will also be kicking off, running until March 21st. For the first time, Steel Hunter won’t have its own progression. Instead, players will receive Battle Pass points, which will be based on a tanker’s battle results and for completing battle missions within Steel Hunter. Tankers will be able to see just how many points they reaped in the Battle Results screen.